Living with a (DirecTV) Genie in the House

A while back, I told you guys about the release of DirecTV’s top-of-the-line HD DVR, the Genie. Shortly after that announcement, I got my hands on one of the boxes, and have been using it as my main DVR for the last 6 months or so. I figured now that I’ve been using it for a while, I’d share some of my experiences. 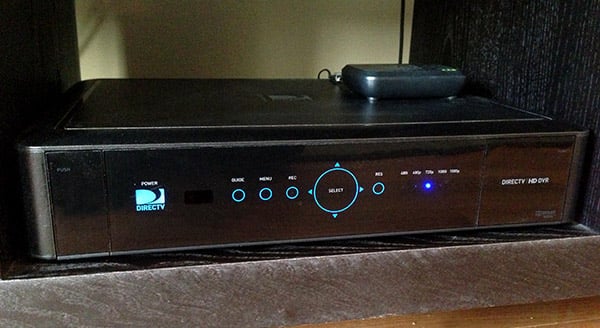 I’ll start out by saying that I’ve been a DirecTV subscriber for over 10 years now, so I’m pretty familiar with all of the receivers and DVRs they’ve offered over the years. I have to say that their hardware and software has truly come a long way in that time.

The Genie itself is a fairly non-descript black box, with touch-sensitive blue backlit controls on front. But under the hood, it’s a real powerhorse. This single box is capable of recording not one or two shows at the same time, but five. This means it’s almost impossible that a conflict will ever prevent you from missing a show. If you want to take advantage of the whole-home capability of the Genie, there’s a small network adapter box called a DECA that sits on top of the Genie, which basically creates a LAN over satellite wiring so it can stream content to other locations in your home.

On the back of the Genie, you’ll find a single satellite Coax connector, an Ethernet port, HDMI, S-Video, Composite and Component outputs, as well as a coax digital audio output. There’s also an SATA port for adding more hard drive space, a USB port (for future use), and a phone jack (which isn’t really necessary if you have it hooked up to the Internet). It’s also got an IR port so you can add an IR receiver inside of a media cabinet, though the remote supports RF mode, so this isn’t really needed. 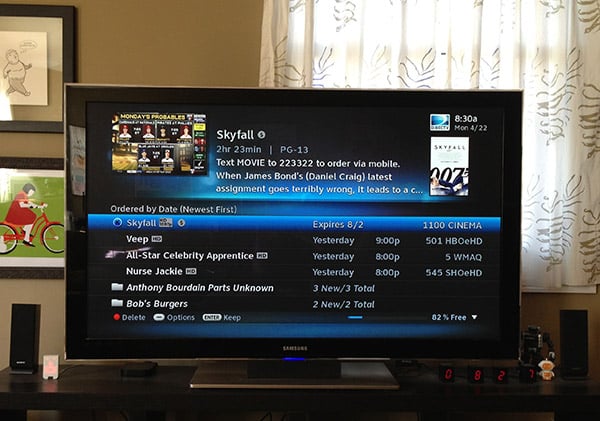 Thanks to its generous 1TB hard drive, you’re able to record up to 200 hours of HD programming or 800 hours of SD. I’m an avid TV and movie watcher, and so far, I’ve yet to fill up more than 20% of the Genie. Despite recording dozens of HD programs each week, most of the time, I’m only using about 15 to 18% most of the time. I’ve even saved some movies and programs from many months ago that I haven’t gotten around to, since I never have to worry about running out of space. And the live TV buffer is great, constantly recording up to 90 minutes of programming, so you can even record a program which started as much as an hour and a half ago – assuming you were tuned to that channel.

The HD DVR capability is as good as I’ve experienced on any box, with fast, responsive play, pause, fast-forward and rewind controls with four selectable speeds. There’s also the ability to jump in 15 minute increments if you want to quickly jump ahead. It’s also smart enough to jump back a second or so when you resume playing from fast-forwarding, accounting for your reaction time. It also supports frame-by-frame, slow-motion playback, a 30-second skip and a 6-second replay capability. 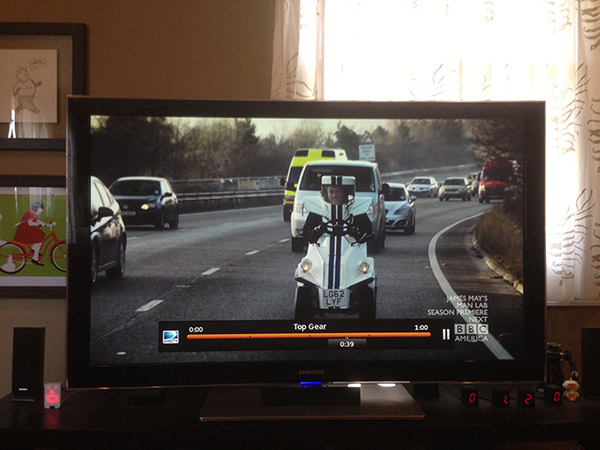 Searching for programming on the Genie is fast and easy, with an interface DirecTV calls “Smart Search.” This allows you to alphabetically search for programming based on program name, actors and even directors in one unified view. The interface is even smart enough to sort the results based on popularity. For instance – keying in a “W” brings up “The Walking Dead” right at the top of the list. 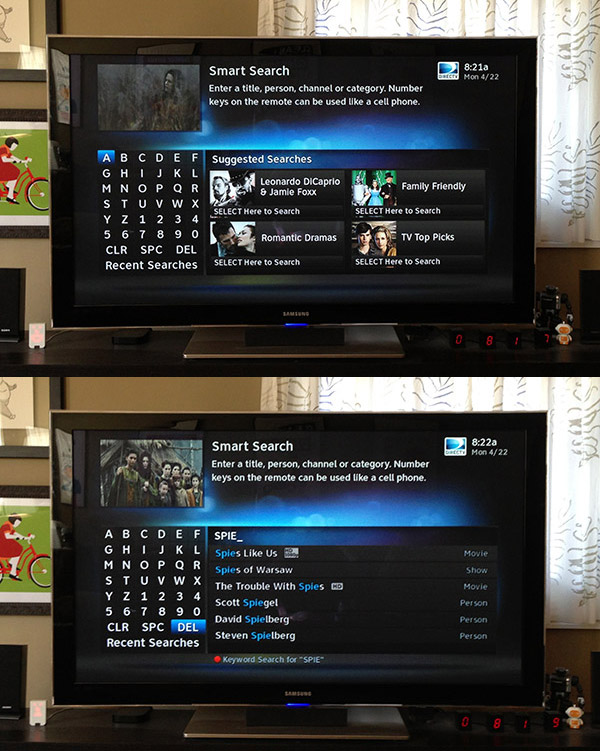 You can record individual programs, set up a series pass, and decide whether or not you want to record new episodes, repeats or both. There’s also the ability to record extra time at the beginning or end of a program in case you’re recording a show which might be delayed by a sporting event – as happens with The Amazing Race virtually every week. 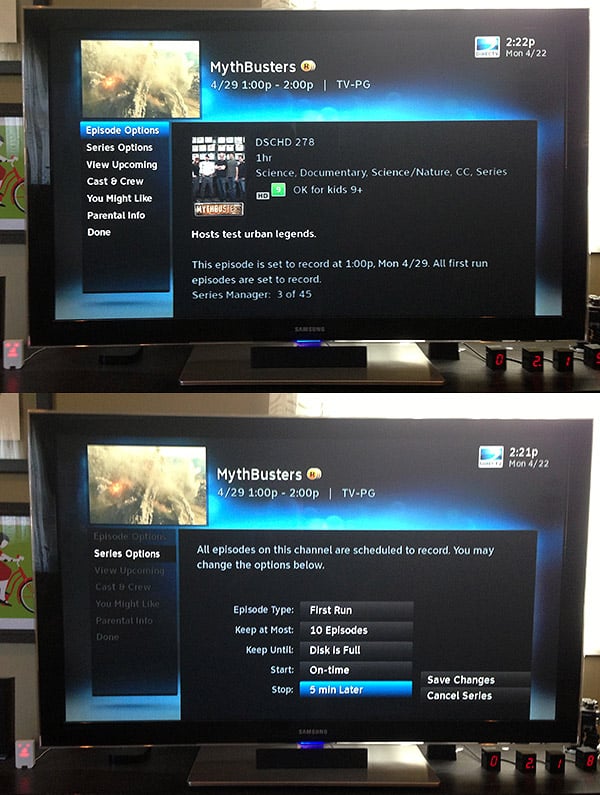 To Record a program directly from live TV or the program guide, simply press the orange “R” button on the remote, and to record the entire series, press it a second time.

The Genie can also recommend programs on the basis of your viewing history. While the interface for this is nice and easy to use, I found the results to be pretty hit or miss. My wife and I mostly watch shows like Game of Thrones and Breaking Bad, but most of the recommendations I got were for reality shows – presumably because when we do record those, there are more episodes of those programs than the dramas we watch. To be honest, I didn’t get much value out of these recommendations. 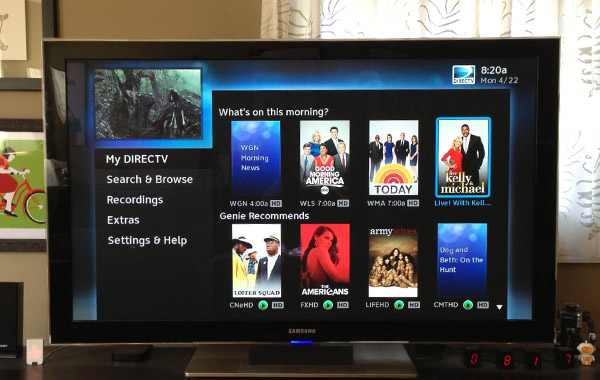 On the other hand, the contextual recommendation capability is absolutely brilliant. You can be looking at the details for a specific program or series, and you can get recommendations related to that show or movie. You can even choose programs based on the same cast or crew. 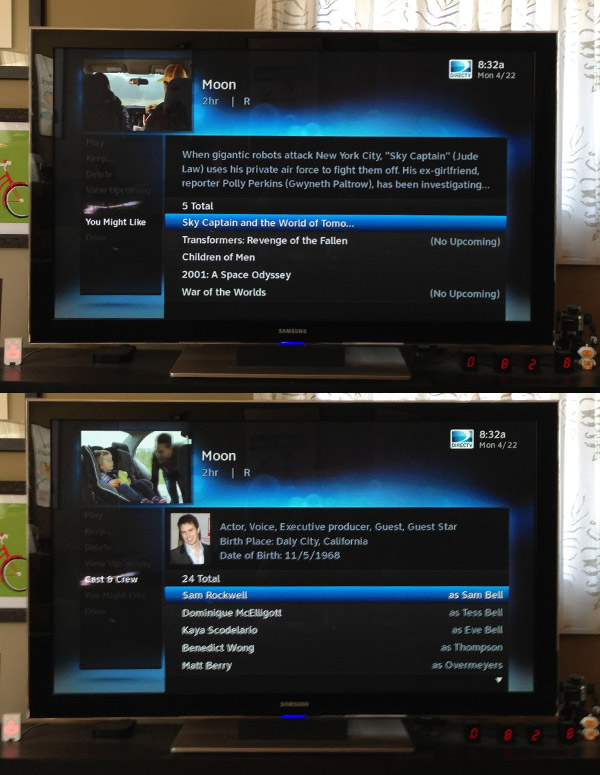 The Genie also provides access to DirecTV’s library of Pay-Per-View and On Demand programming. I’ve always liked how they integrate the titles of movies and shows directly into the interface, so you can immediately access the show without digging for it inside of deeper menus. 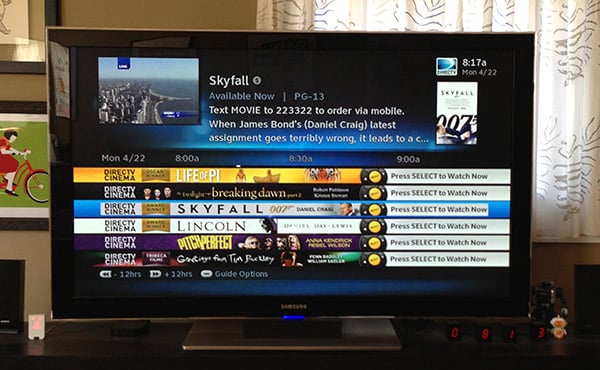 There’s also direct access to a full On Demand library for premium channels like HBO, Showtime, Cinemax and Starz – assuming you subscribe to these services. Keep in mind that On Demand programs require a broadband Internet connection, and if you have a slow connection, you might have to allow the program to buffer for a while before watching. I have a fast cable Internet connection, so this wasn’t a problem for me. 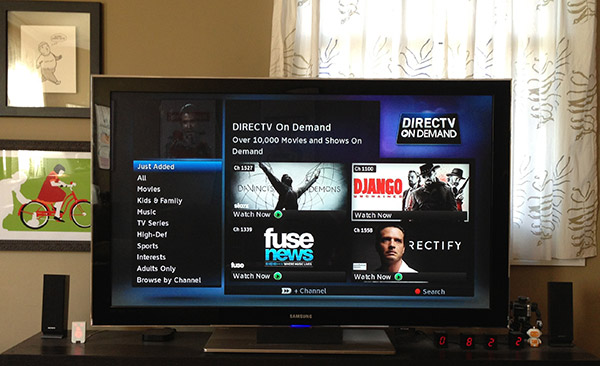 Additional, though less frequently used bells and whistles of the Genie include a picture-in-picture capability, as well as YouTube and Pandora support. All three work admirably, but are pretty utilitarian in their interfaces. 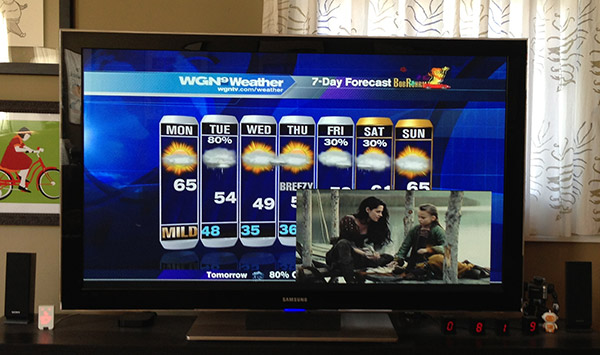 PIP is handy at times, but if you’ve got YouTube or Pandora on other devices, these versions are nothing to write home about. That said, it’s great to be able to occasionally access these services without having to switch to another device. You can also access photos and music stored on PCs on your network if you’ve connected the Genie to your home computer network. 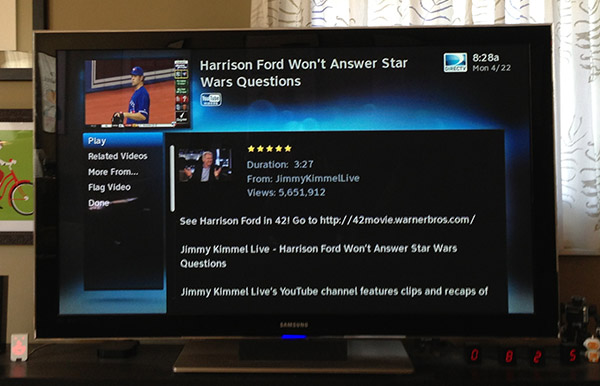 One of the nifty things about the Genie is that when you add on the whole-home DVR service is that it allows you to fully replicate all of the capabilities of the main unit in other rooms. All you do is plug in a small digital adapter box called the “Genie Mini” in each room with a TV, connect it to the satellite cabling and your TV, and you can watch anything from the main DVR. You can even pause a show in one room and resume it in another. In addition, you can record and manage programs from other rooms as well. It’s really just like using the main Genie box. 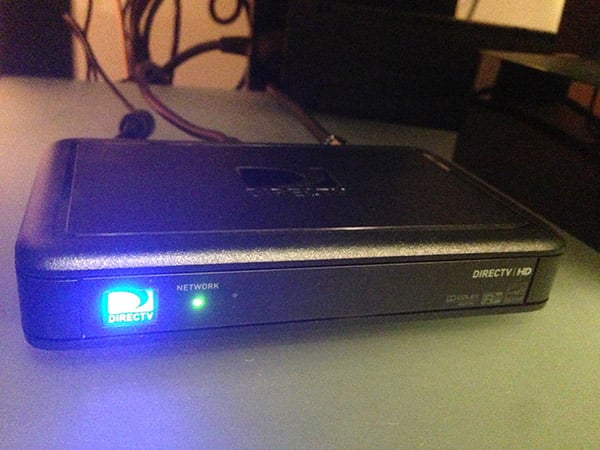 In order to use the Genie, you’ll need to have a SWM compatible slimline dish from DirecTV, and in my case, they came out and upgraded my old giant 5-LNB dish to a more compact SWM dish. The Genie also offers support for receiving 3D programming, and I can confirm that even if the TV hooked up to your main Genie box doesn’t support 3D and other TVs in the house do, you can still watch 3D on those other sets.

The Genie integrates with DirecTV’s mobile apps, available for iOS, Android, BlackBerry and Windows Phone devices. These apps allow you to search for programs remotely and set them to record even when you’re away from home. They also offer limited support for playback of some content directly on your mobile device – though it would be nice to be able to use the apps as a true Genie client. There’s no technical reason this can’t be done in future – but there may be licensing limitations which prevent this. 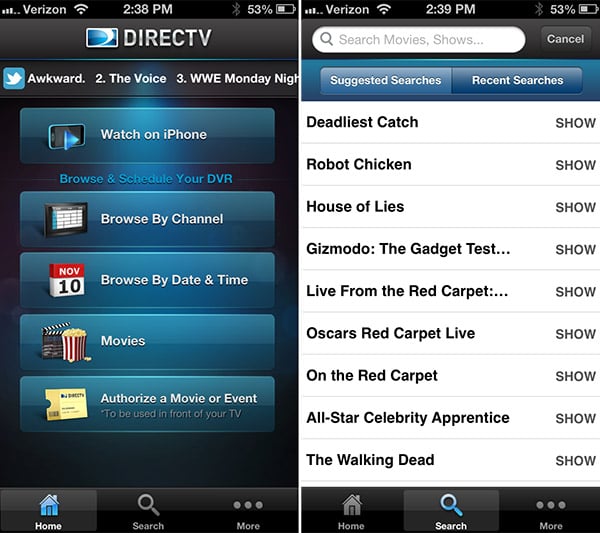 Overall, I’ve been extremely impressed with the Genie. It’s much faster and more stable than my past DVRs, and certainly way more capable. Its user interface is easy to use, fast and responsive, and it really does provide tremendous flexibility – especially in a multi-TV home.

The five tuner capability has eliminated the worry about potentially missing a program that is only run once – which used to happen to me during my busy Sunday night programming schedule. I can’t tell you how nice it is to never have to go in and adjust the priority of recordings, because it’s really a non-issue for all but the most voracious of TV viewers. Plus, its seemingly unending storage capacity gives you the freedom to truly watch a program when you want – even if it’s six months later (assuming it’s not a PPV program which can have an expiration date.)

You can find out more information about the Genie and how to order or upgrade to one over at DirecTV.

Disclosure: DirecTV provided the equipment for review in this article. However, all reviews are the unbiased views of our editorial staff, and we will only recommend products or services we have used personally, and believe will be good for our readers.