What do you get your fiancee when you are both Star Wars fans? Well, you could get her a boxed set of movies, but a steampunk AT-AT is an even better idea. Too bad it doesn’t actually spew smoke. That’s just some clever Photoshopping. 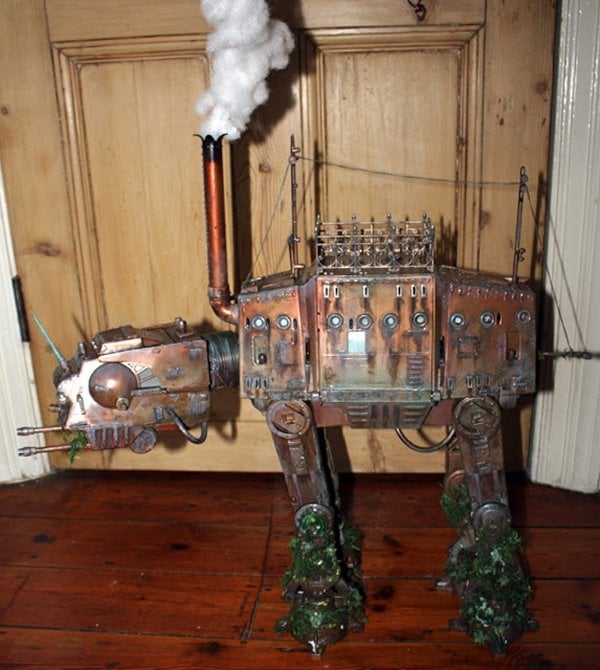 Broken Journalist made this awesome AT-AT to give to his fiance as an engagement present and thereby assaulted her cold Hoth heart. I’m sure her heart is fine, but it never hurts to present an amazing gift to the one you love. 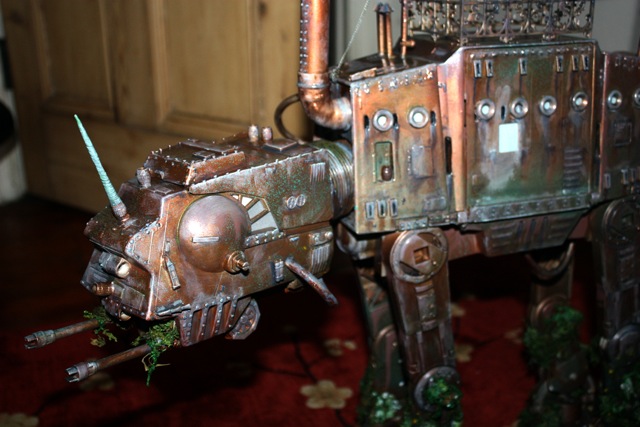 It actually started out as a vintage AT-AT toy. I love the patina on this thing, which took a bunch of coats of paint to create. You gotta love that widow’s walk on top too.

[EPBOT via The Mary Sue]