Sony has announced a new set of digital recording binoculars called the DEV-50V. The binoculars allow users to take still photos and video of wildlife from afar. That wildlife can include things such as birds and deer (or the hot blonde who lives across the street.) Sony says that these new binoculars are lighter, smaller, and more weatherproof compared to the versions released previously. 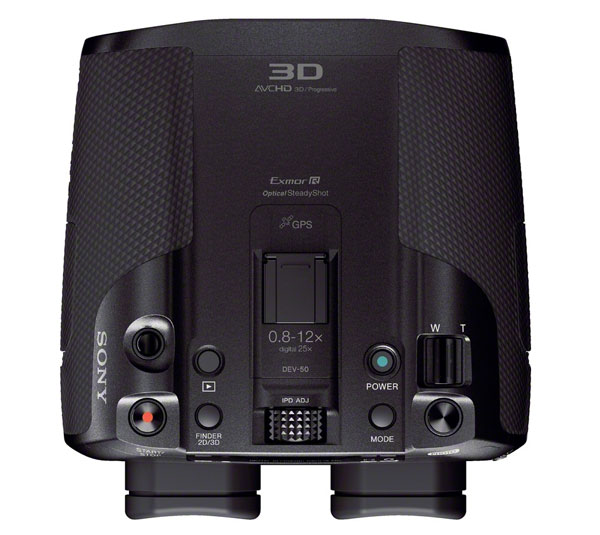 The digital recording binoculars have a magnification range of 0.8x to 12x optical, and up to 25x digital zoom. The magnification can also be adjusted on the fly so you can use the low magnification setting to find your subject and then quickly zoom in. The binoculars also automatically focus themselves and have integrated image stabilization. 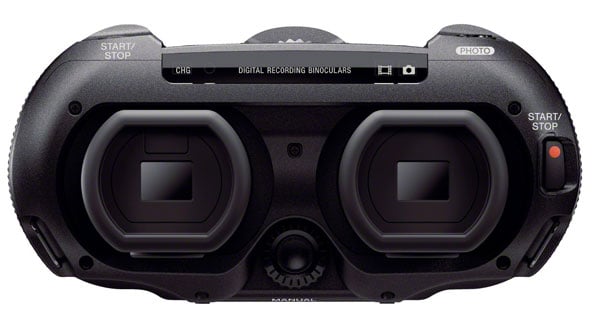 They’re also able to record 2D or 3D images and work in low light conditions as well. Still images can be taken at a resolution of 20.4-megapixels, and video can be captured in Full AVCHD (presumably, that means 1080p resolution). Each eye gets its own XGA resolution OLED “Tru-Finder” and the binoculars have integrated GPS for geo-tagging photos and video. One cool feature is that you can even play back 3D video through the eyepieces. They also have an HDMI output for connecting to an HDTV. 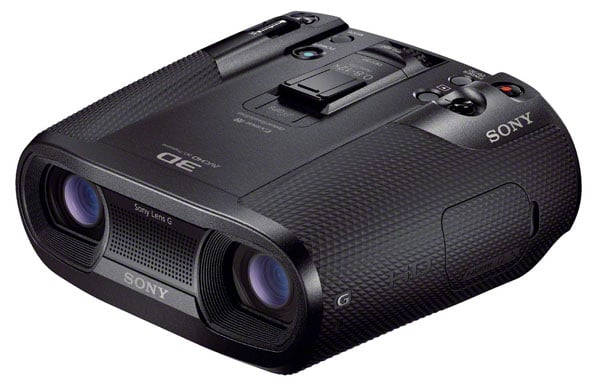 The DEV-50V binoculars will be available this June for about $2000(USD).