Do you have hundreds of balloons lying around and a lung capacity that needs to be put to the ultimate test? If so, you can do what Larry Moss’s Airigami team did and assemble a huge-ass balloon dinosaur. 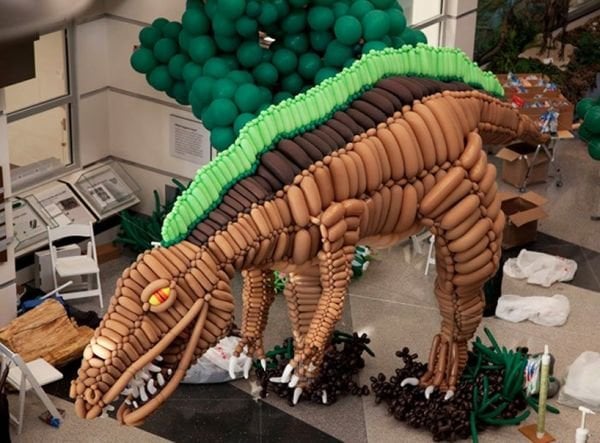 This balloonimal is an acrocanthosaurus, which is a carnivorous dinosaur from the Early Cretaceous period. You knew that right? Incredibly, this thing is 20 feet long, so it is almost a 1:1 scale model. 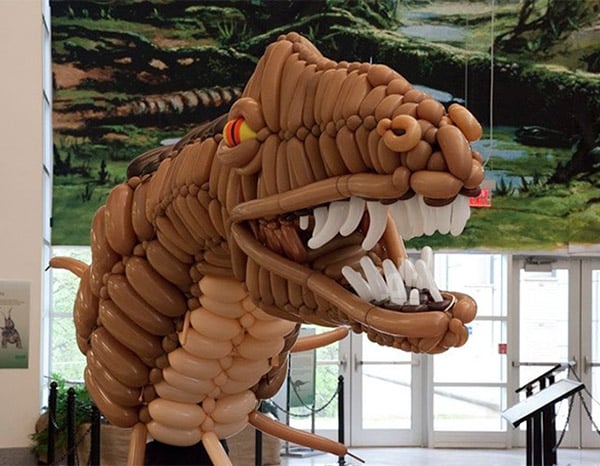 It took about 4 days to complete this beast and it could go extinct in a second with a tiny pin and several jabs. This massive balloon beast was installed in the Virgina Museum of Natural History alongside of a resin model of the real thing.