Bicycle-mounted generators are nothing new – many of them are used to power bicycle lights, for instance. But what makes the Siva Cycle’s Atom generator unique is its removable battery, which means you can preserve the electricity you worked for and use it at your convenience. 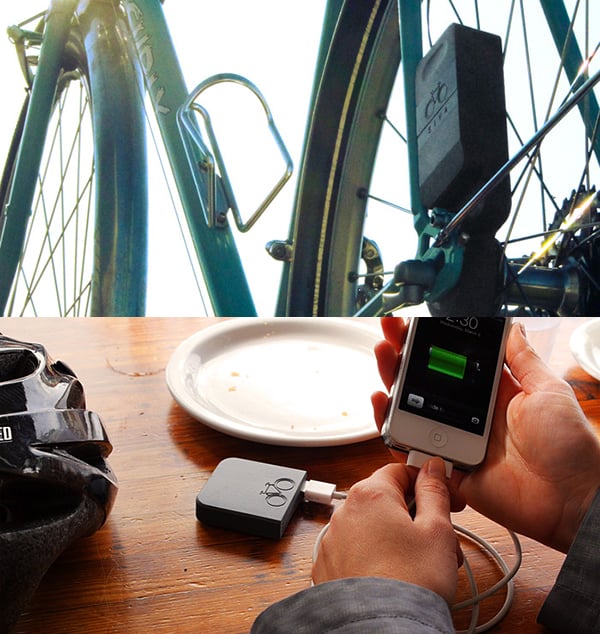 The Atom generator is meant to be attached to the rear axle of your bicycle. Once it’s installed, you can use it to charge pretty much any mobile device while you’re riding, as long as you have a USB cable for your device. But as I said, the Atom also has a 1300mAh removable battery pack, so you don’t have to bring your device with you for the Atom to be useful.

Pledge at least $95 (USD) on Kickstarter to get an Atom generator as a reward. I wonder if you could hook it up to a small motor to make a hybrid bike that you could recharge on the go.