We’ve already seen a furry iPhone 5 case. But if you love plants more than Wookies, a Japanese company called Ag Ltd. has something for you. They’re making what they call the World Parks series, which are iPhone 5 cases that are modeled after grassy parks. 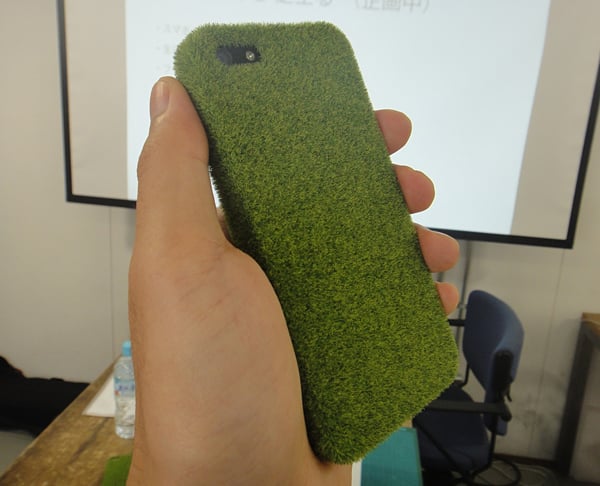 The first World Parks case is modeled after Yoyogi Park, a historic landmark in Tokyo, Japan. Ag Ltd. achieved the grassy look and texture by adhering five different colors of fibers to the case using a process called electrostatic flocking.

The first batch is composed of only 100 units. It will go on sale by the end of this month in Japanese stores for ¥3,980 (~$41 USD). If you don’t get your hands on one, don’t worry – Ag. Ltd. is planning on mass producing succeeding batches, which will be modeled on other famous parks in the world including the world famous Central Park in New York and the Hyde Park in London. I wonder if we’ll be able to tell which case was modeled after which park.

[via Diginfo via Akihabara News]