You’ve been dutifully leveling up at school. You’ve lost count how many times you’ve run the Part-time Job and Household Chore side quests. You deserve a reward. But rewards are a bit more special if they’re unidentified items right? That’s the concept behind LootCrate. For about $20 per month, you’ll get a goodie box containing 6 to 8 geeky items, from t-shirts to gadgets. 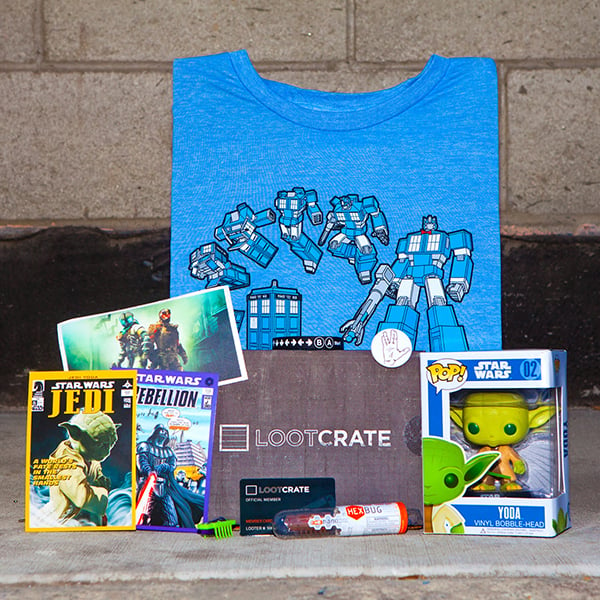 Aside from the overall geeky theme, the LootCrate elves also pick a theme every month. For instance, the April LootCrate box is called “Token” and contains merchandise of arcade classics like Street Fighter and Space Invaders. Each month, the company also randomly awards one subscriber with a Mega Crate, a rare drop that contains goodies worth $250 (USD).

Sign up for LootCrate on its website. Subscriptions start at about $20 (USD) per month and can be canceled anytime.