I love a good amusement park ride as much as the next guy, but even I might have some second thoughts about riding on this unusual double ferris wheel if it ever showed up at my local Six Flags. 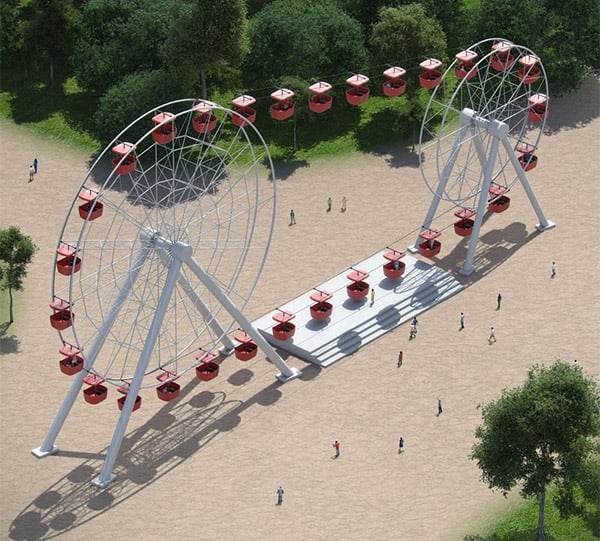 Designed by the frequently whimsical, always creative team at Art Lebedev Studios, the Attraktsionus concept would link two ferris wheels together with a single set of cars that can travel between them. 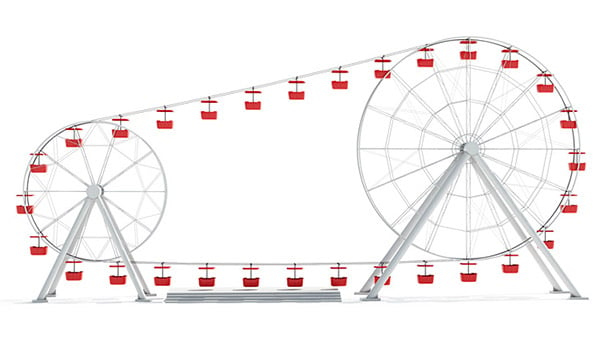 Presumably, some sort of giant belts or cables would drive the cars between the two wheels, thus combining the sensation of riding a ferris wheel with that of a gondala ride. Thanks to the different wheel sizes, the whole thing looks like a giant bicycle chain when viewed from a distance. 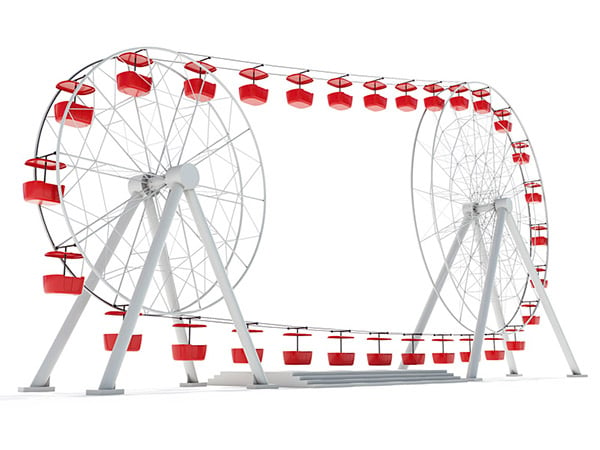 I’m doubtful that we’ll ever see this ride turn up at real world amusement parks, but I do think it would be cool to create a whole series of fantastic and impossible rides like this. Oh yeah, there already is…