You know how your mother always told you not to stare into the Sun? Well, the same guidance holds true with this small flashlight that can blast out a whopping 3500 lumens of brightness. 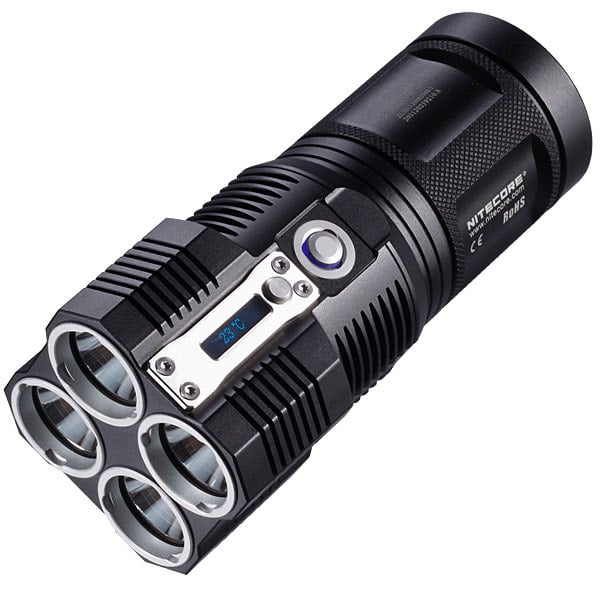 The NiteCore TM26 “Tiny Monster” Flashlight uses four superbright CREE XM-L U2 LEDs to light up the darkest of nights. Despite its monstrous brightness level, it can actually run for up to 1000 hours using four 2600mAh Li-ion 18650 or eight CR123 batteries. You can also use fewer batteries in an emergency. 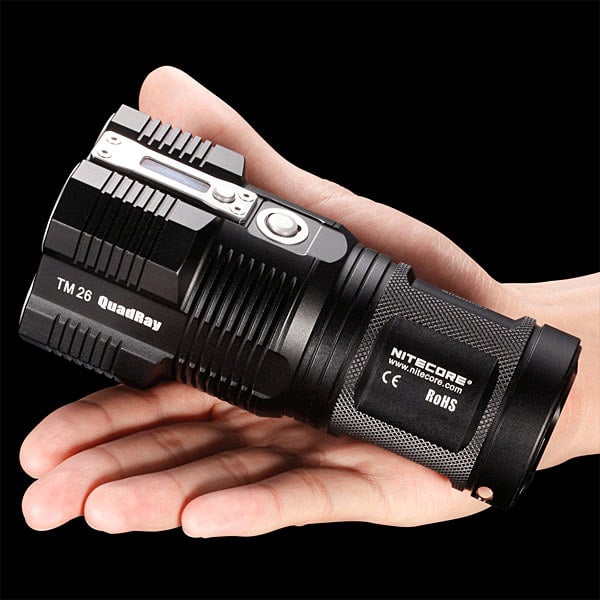 The TM26 gives you eight selectable brightness levels, and displays this information, as well as voltage and battery levels on a built-in OLED display. It’s also IPX-8 waterproof, so it can be submerged safely in up to two meters of water. The flashlight measures about 5.59″ long, and weighs just under a pound (without batteries).

Keep in mind that you’ll pay dearly for the power to blind your neighbors. The Tiny Monster flashlight is available for order over at ThinkGeek for $389.99(USD).