Flash Rods Get Souped up with USB 3.0 under the Hood

We’ve talked about Flash Rods flash drives that look like toy cars several times over the years. My favorite continues to be the Back to the Future DeLorean. The company has offered several other versions of its vehicular flash drives over the years and they’ve all had USB storage of one sort or another stuffed inside. The company has just announced its new mid-size Flash Rod line. 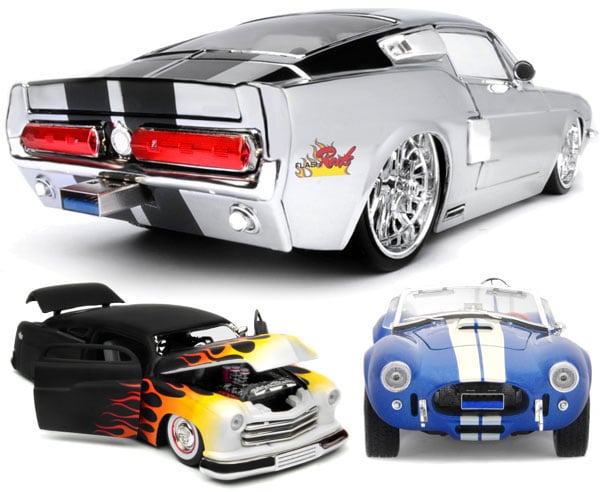 Like all of the drives in the Flash Rods family, these are storage products with a storage device crammed inside of a toy car. The biggest difference in the new mid-size range from the company and some of the other products offered is that the storage hardware itself uses USB 3.0 connectivity. 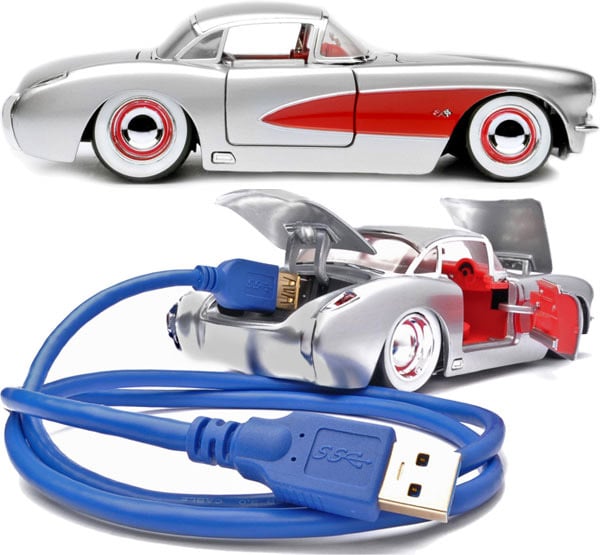 All of the other drives from the company have used USB 2.0. Moving to USB 3.0 storage devices means that transferring files to and from the Flash Rods will be faster than ever before.

The drives are compatible with both Windows and Mac computers. You can choose from several different card types including a Shelby Cobra, a 67 Mustang, and several others. The 32 GB version sells for $110(USD), while the 64 GB version costs $130. They’re available now over at Flash Rods.