Back in 2010, Ed Fries – former Vice-President of Game Publishing in Microsoft and one of the co-creators of the Xbox – created a “demake” of Halo for the Atari 2600 called Halo 2600 (Fries also talked about how the project came about on the linked page). Previously Halo 2600 was playable on PCs using an emulator or via its Flash port, but now the game is out as a legit Atari 2600 cartridge. 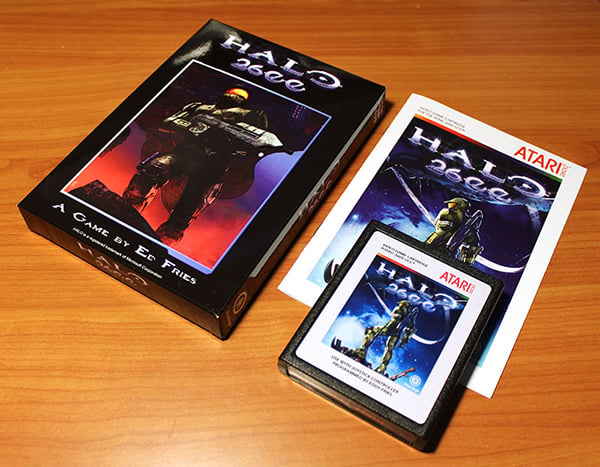 Here’s some gameplay footage of Halo 2600 courtesy of YouTuber dsdude1107:

Atari Age worked with Fries to release a cartridge version of the game. The first batch of cartridges were sold in a limited run in 2010, but they seem to be back in stock. You can order them from Atari Age for $50 (USD) each. 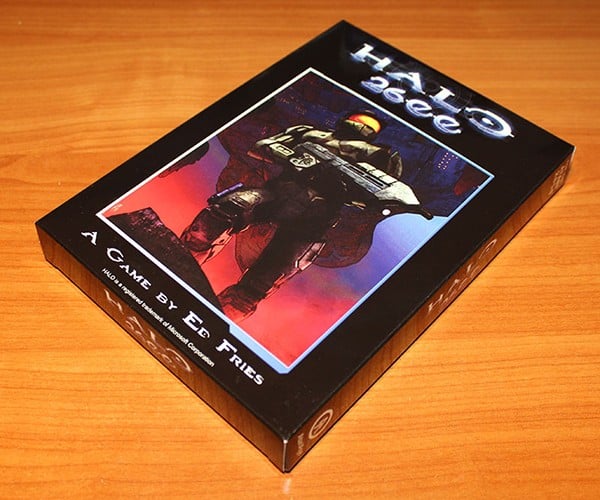 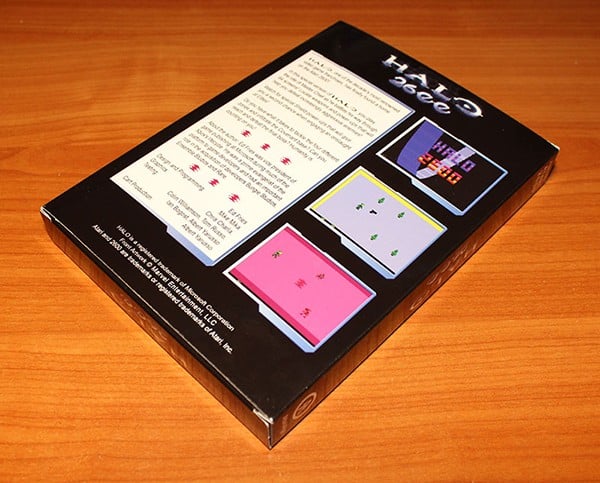 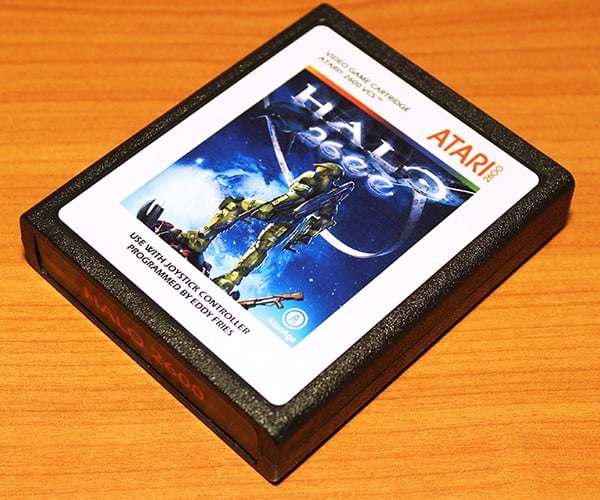 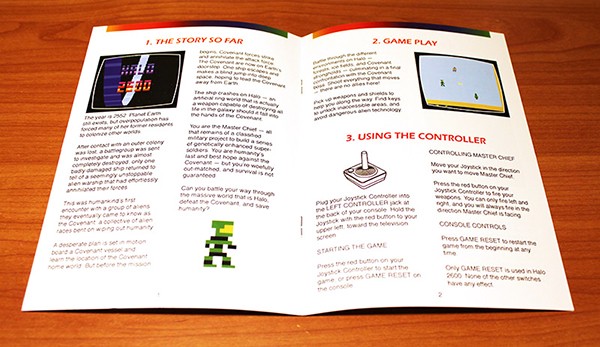 That’s pretty expensive, but at least each cartridge comes with a glossy label, a box and even a full color 8-page manual, all of which feature art that are waaaay better than how the game itself looks. Seriously kids, if you think the videogame trailers are misleading, imagine the crushing disappointment some of us suffered back in the day.