Whether you’re a Trekkie, a Trekker, or just a Star Trek fan, you’ll love this watch design that’s inspired by a Federation starship.

Watch designer Peter Fletcher’s latest concept design arrives just in time for the release of Star Trek: Into Darkness, though I doubt it’ll be available to wear in time for the movie’s premiere in less than three weeks. 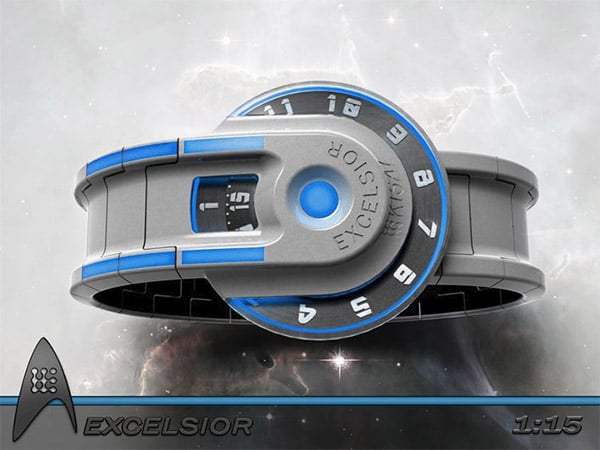 The Excelsior watch features an analog dial which resembles the upper saucer of a Federation starship. Time is displayed on two rotating discs (one with hours, the other with minutes), which appear in a window at the back of the LED illuminated saucer. 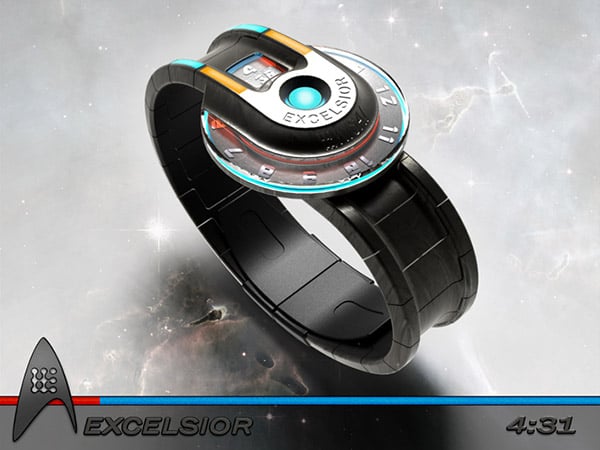 The typeface on the dials has a decidedly science-fiction-y look to it, which could also be replaced with Klingon numbers for a more cryptic look. Since the watch features a simple analog dial mechanism, it shouldn’t be too difficult to produce either. 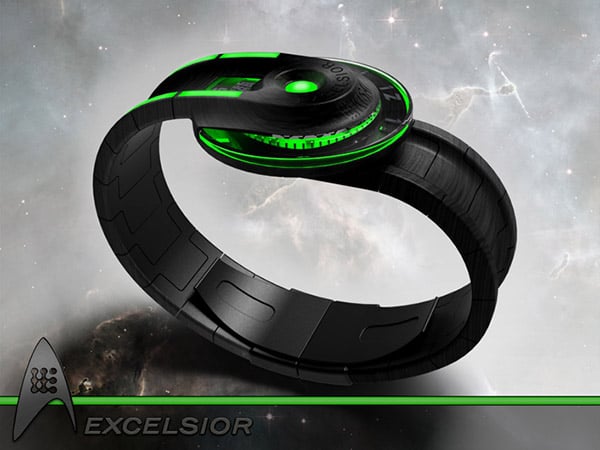 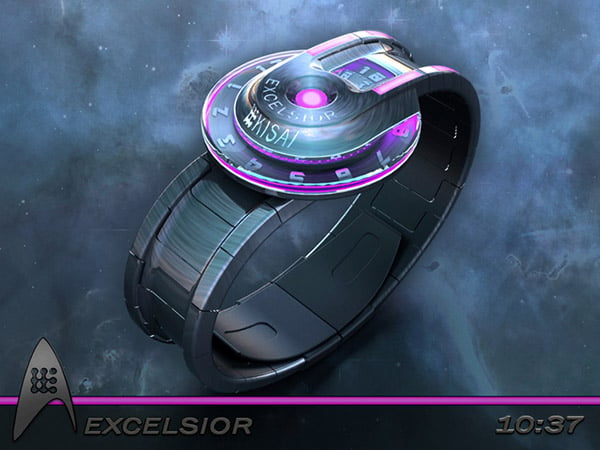 While the watch isn’t official Federation issue, I’d be proud to wear on the bridge of my own starship. 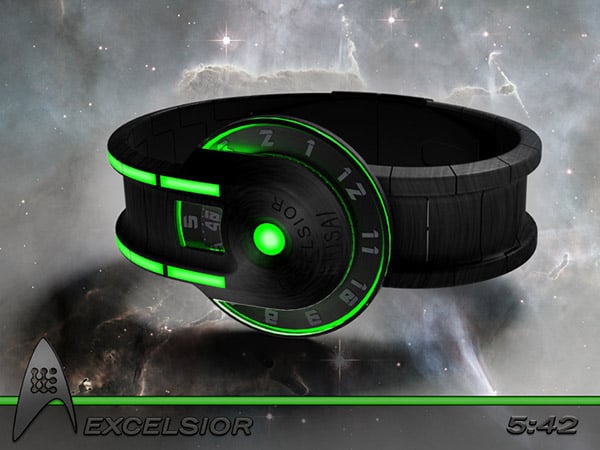 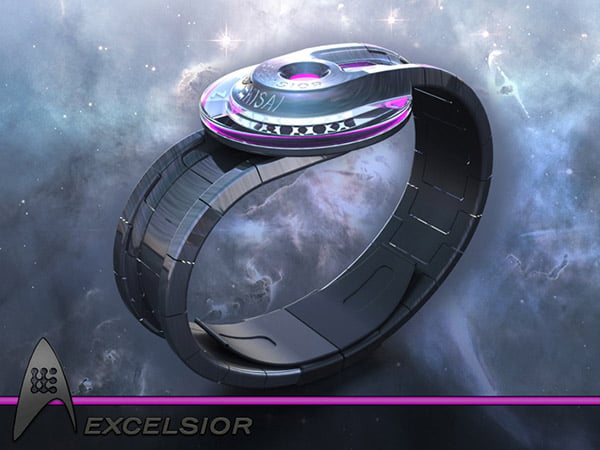 Peter has submitted his watch design to TokyoFlash for consideration, and I’m hopeful that it will eventually be produced. Be sure to head on over to the TF Design Blog to show your support.