If you’re a Pokémon fan, you probably are familiar with the Magikarp – or as is known in many circles, the Magicrap. Despite being arguably the most useless Pokémon, the orange fish is still one of the most popular characters in the series. So what better way to show your allegiance to the splashy Magikarp but to carry around your handheld gaming system inside of one. 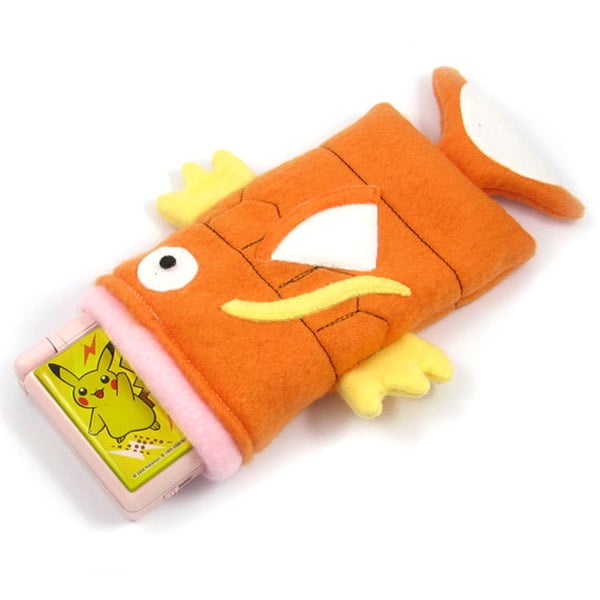 Flea Circus Designs‘ interpretation of the Magikarp is definitely a bit more rectangular than we’re used to seeing, but they had to make it that way so it could stand a chance at holding onto a game system. It’s made from fleece and felt, and is big enough to hold onto a Nintendo DS, DS Lite, 3DS or a Sony PSP. It’ll also gobble up most cell phones and small digicams. Magikarp’s mouth is also lined with Velcro to make sure that it doesn’t accidentally spit your gadget out.

Cast your rod and reel in the Magikarp case over on Etsy for $25(USD).