Dogs have long been touted as being man’s best friend. Aside from companionship, dogs can save human lives, depending on their training, by sniffing out bombs, transporting medicine (remember Balto?), and helping the blind ‘see.’ Given all the joy and help that dogs give humans, it’s only fitting that humans give back to them as well.

Take the case of Naki’o, an adorable dog that lost all four paws to frostbite when abandoned as a puppy. 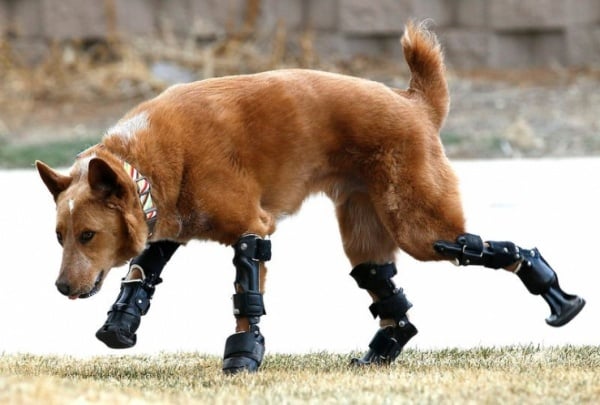 He did fine as a pup, but began having difficulty supporting his weight as he grew bigger. So his loving owner, Christie Pace, searched for alternatives to help Naki’o out. She explained: “I have a soft spot for rescue animals in general. I was looking for something different, unique. I wanted to make more of a difference than a regular dog. I knew I could help him out.”

Pace set up a fundraiser to get prosthetics for Naki’o from OrthoPets. But when the animal hospital saw how well the pup did with his initial fittings, they set him up with a complete set of prosthetics, free of charge. 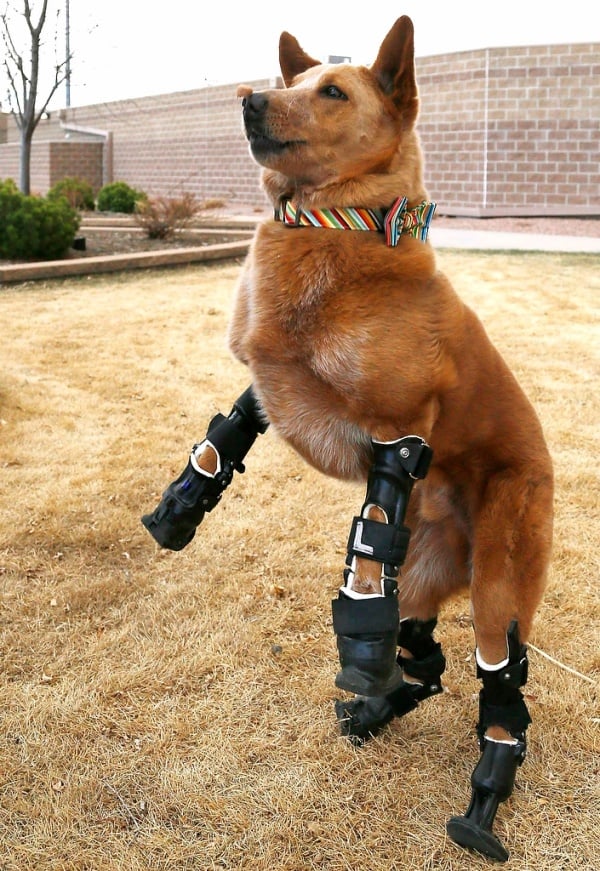 I guess you could say they have a heart of gold. Oh, and a little bit of trivia: Naki’o is the world’s first ever dog to be outfitted with custom prosthetics on all four legs!

[via The Star via Metro News via Dvice]