Lightpack Ambient Light Kit Immerses You at Work and Play

Some of you may have heard of Philips’ Ambilight, a technology that’s only present in some of the company’s high end TVs. Ambilight projects ambient lighting that matches the colors and brightness of what’s being displayed on screen. Lightpack does the same thing and then some. Plus, it can be installed on any TV or monitor. 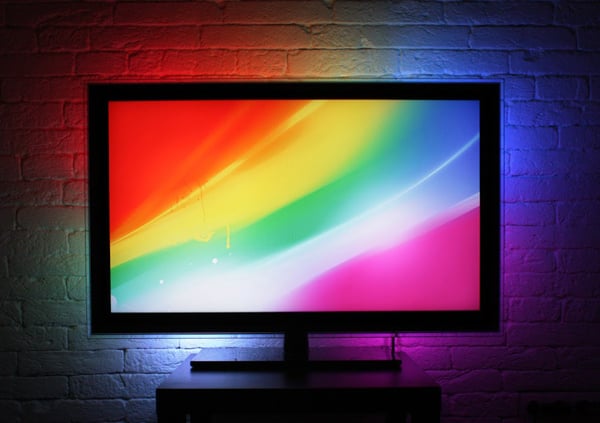 Lightpack consists of a small central device that you attach at the back of your TV. The box connects the 10 small LED strips that provide the lighting to a desktop computer where you’ll install Prismatik, the software that controls the LEDs. Prismatik analyzes the images being output from your PC or Mac to your display and instructs the LEDs to light up accordingly.

Keep in mind that Lightpack isn’t capable of analysing data coming across an HDMI cable to add ambient light to TVs without a computer. Its makers are working on another project to do that, but it’s not likely to make it to market any time soon due to HDMI/HDCP licensing issues, Phlips exisiting Ambilight patents, and high production costs. 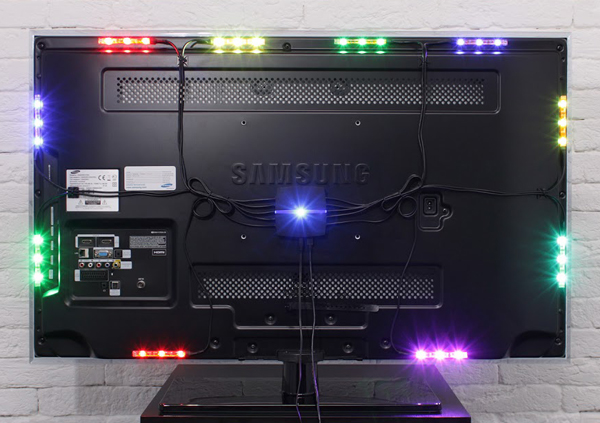 Prismatik also has many advanced features. For example, you can turn the LEDs into mood lighting even when your TV is off. Because Lightpack is built on open source hardware and software, if you know how to program you’ll be able to extend its functionality, like using the LEDs for Skype notifications or for indicating the temperature. Watch the video for more:

Pledge at least $80 (USD) on Kickstarter to get a Lightpack unit as a reward. Note that the current unit only works with displays that have a diagonal length between 10″ to 50″. If you have a larger TV you might need to get two Lightpacks.