DARPA is showing off a new robotic hand that is advanced enough to perform very delicate, precise maneuvers. That’s impressive by itself, but the main thing here is that it costs just 1/16th the price of previous models. 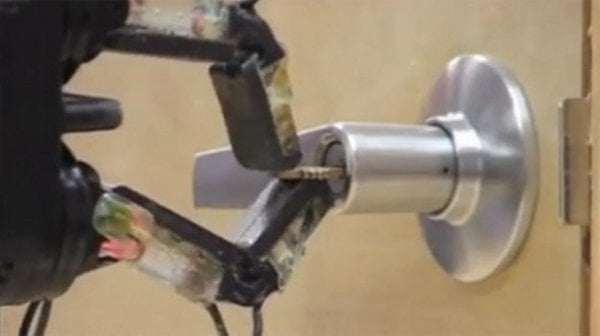 This inexpensive robot hand, developed by iRobot, is capable of performing very delicate, precise tasks, like picking up a driver’s license laying flat on a table for instance. How about a three-fingered robot hand picking up a door key and then using it to unlock a standard door? That’s right. Now robots can enter your home uninvited. Well, soon enough anyway. Variants of the three-fingered hand mechanism can also lift heavy weights, and are extremely resilient.

This is just one of the new robot hands that was developed for DARPA’s ARM-H track, in which some new robotic hands were designed to be produced for just $3,000 each in batches of 1,000 units. The old price for similar units was around $50,000. This is one small hand for a single robot, but a giant hand for robot-kind.