An Actual Ferrari is Cheaper Than This Ferrari Watch

When it’s time for that mid-life crisis, you’ll look to the Ferrari of course. It’s beautiful and expensive and you think it will make young girls dig you. But now there’s a matching watch that you have to buy too. Who cares if you will spend the rest of your life paying for them right? 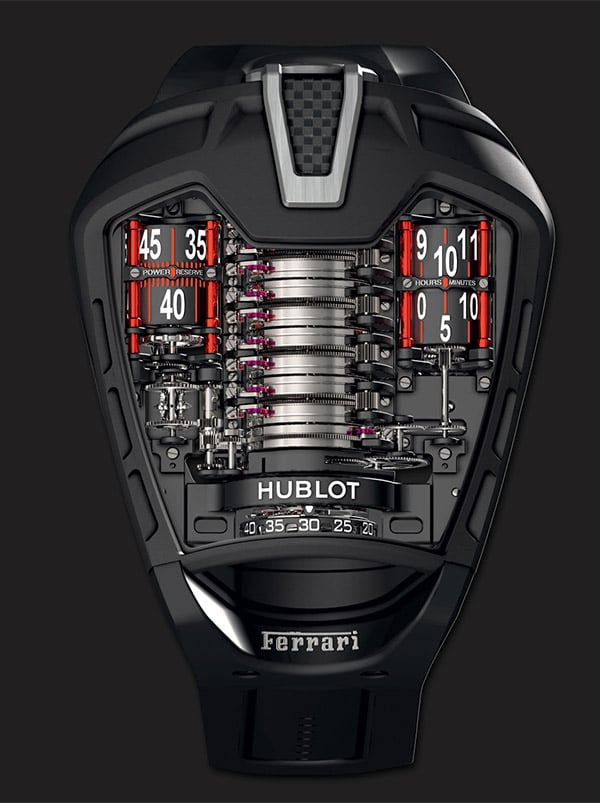 The Hublot MP-05 LaFerrari is designed to be a complimentary timepiece to the car. The LaFerrari was announced in March with a hybrid V12 engine with nearly 1000 horsepower. The car will cost you $1.3 million (USD). There are only 499 limited edition units after all. The MP-05 watch will be even harder to get. Hublot is only making 50 of them. The watch will cost an estimated $300,000, which is more than many new Ferrari models. It’s still cheaper than the LaFerrari itself, so that’s something. 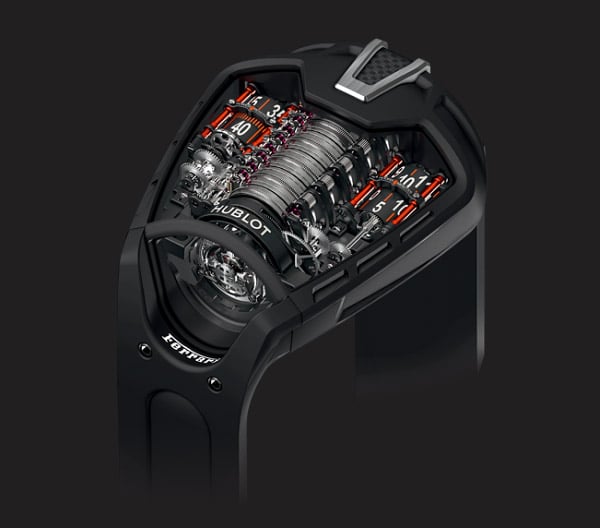 It features a sapphire crystal facade sculpted to imitate the lines of the automobile. The casing is made of tough PVD titanium. The movement is powered by 637 individual components. The MP-05 has a 50-day power reserve too.

This watch is so awesome that it is wound with a special power drill that spins a series of 11 barrels arranged down the center of the face. As the barrels wind down, a cylindrical indicator on the left face counts down the days.

[via Gizmag via Geek]