This beast is the latest creation from Marksprojects. He made this amazingly kick-ass “Bolt” costume inspired by the Transformers movies. This thing is completely insane. The way it lights up, the way it moves – he looks like a serious movie mech inside of it. 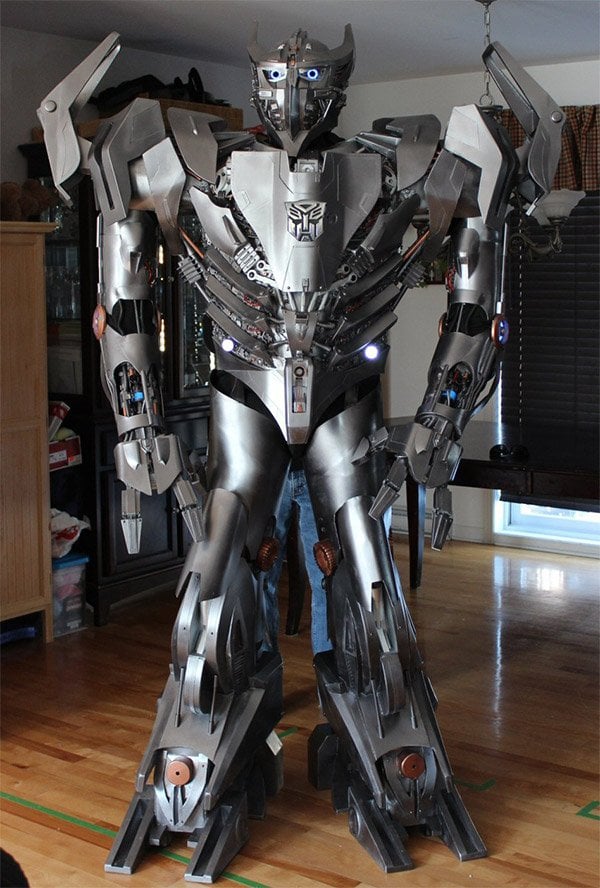 It doesn’t actually transform into anything, but who cares? The eyes and mouth parts even move, the mask slides up and down automatically, and it has some jetpack smoke effects too. If you want to play with it from the outside, the arms can be moved via remote control. Check it out in action…

Yeah, I know the video has no sound, but that doesn’t make the costume any less epic. Just add your own soundtrack. Or just try this. 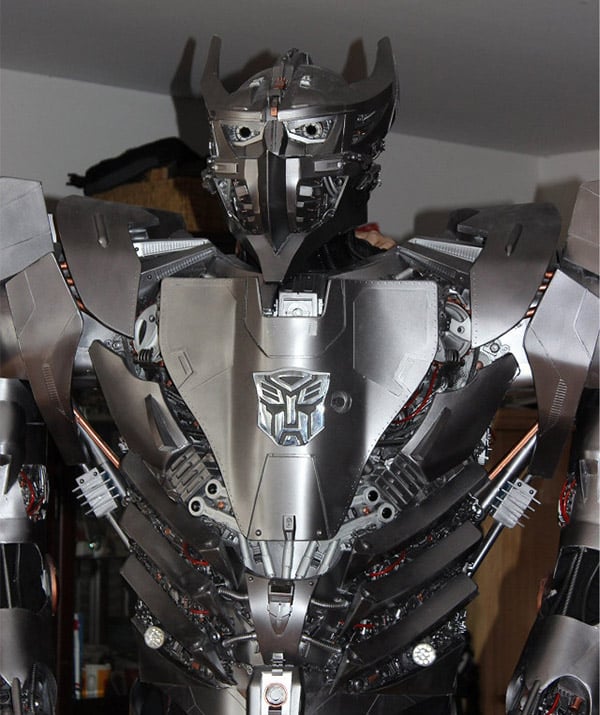 I feel a great disturbance in the Force. It’s as if every Transformers fan has just peed in their pants.

[via Geekologie via Likecool]