If Thor’s Mjolnir hammer wasn’t bad enough on its own, the heavyweight hammer is also capable of summoning lightning from the heavens. Caleb over at Hack A Day thought about this and decided he needed his own electrified Thor’s hammer. 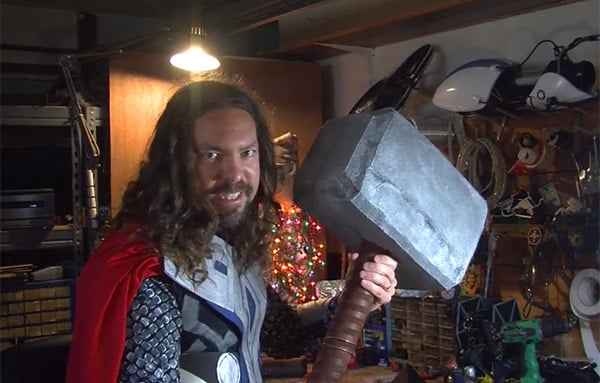 Instead of standing in the middle of a field during a lightning storm, Caleb decided to go with something a bit safer. With the help of builder Staci Elaan, Caleb’s Mjolnir is outfitted with a working, battery-powered Tesla coil. Despite outputting 80,000 volts, the Tesla coil is actually quite safe – just zapping subjects with a tiny, tickly sensation, and not the full force of Thor’s mighty hammer. And since it’s a Tesla coil, it can even light up fluorescent bulbs placed near it.

That was fun, though I do wish the lightning bolts it emits would be a bit bigger. I guess you’d need a larger, plug-in Tesla coil – and Thor would probably have to wear a Faraday suit.

Check out more details on the build over on Hack A Day.