The PowerPot and the BioLite stove seem like great ways to harness the heat from fire and turn it into electricity. But what if you already have a pot and a stove? A company called Point Source Power might have a solution for you. The only thing that the company’s VOTO chargers need is a fire. 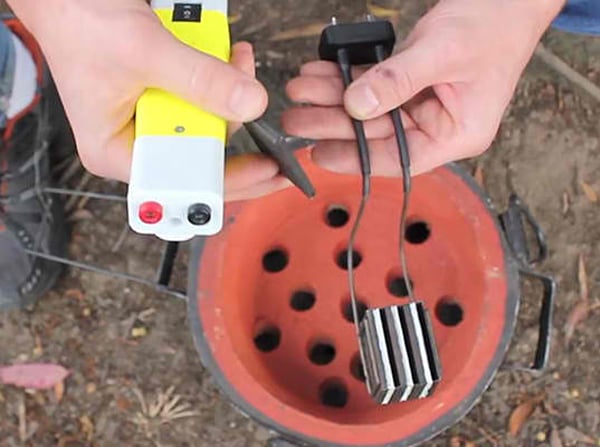 VOTO chargers look like one of those portable water heaters. But instead of a metal coil at the end, the chargers have a stack of replaceable fuel cells made from biomass. You stick this end into the bottom of your stove or bonfire and it will generate electricity over time. The electricity will be sent to its handle. There are a variety of handles, but the most useful one is shown in the video below. It’s a battery that can be used to charge devices via USB but it can also use its stored energy to power its built-in LEDs.

These chargers will be useful not only for campers and field workers but also for people who live in places that don’t have access to electricity. You can check out Point Source Power’s website for more info on their products, although the site seems to be down as of this writing.