If you upgraded from any older version of the iPhone to the new iPhone 5, you might have an old iPod docking speaker or other device around your house that you can no longer use. Pyle has announced a new Bluetooth adapter that is specifically designed to connect to older iPhone and iPod speaker docks to turn those devices into wireless speakers. 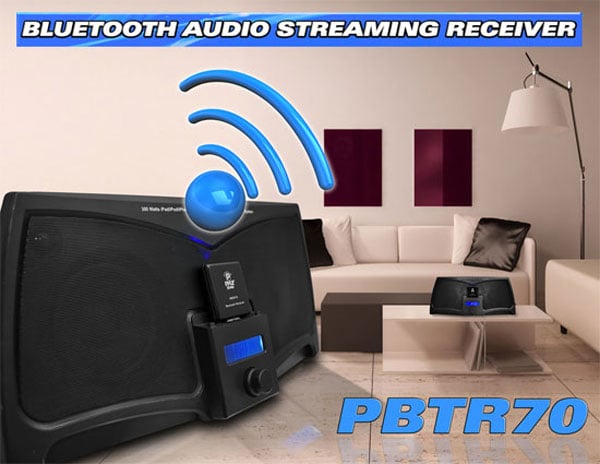 The adapter has an Apple 30-pin port on the bottom and you dock it in place of the iPhone or iPod. It then creates a wireless music streaming system with a range of 33 feet. The wireless streaming capability supports not only the iPhone or iPod but also Android, BlackBerry, computers, and even video game consoles with Bluetooth support. The adapter is very small, measuring just 2.15″ x 2.15″ x 0.45″. 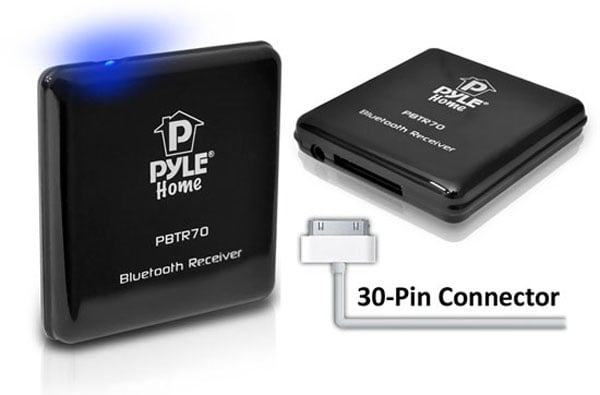 It also has a 3.5 mm input allowing you to play music on the speaker system, should the your device not have Bluetooth – though most docks already have such an input of their own. The Pyle PBTR70 Bluetooth receiver is available right now for $66.99(USD). 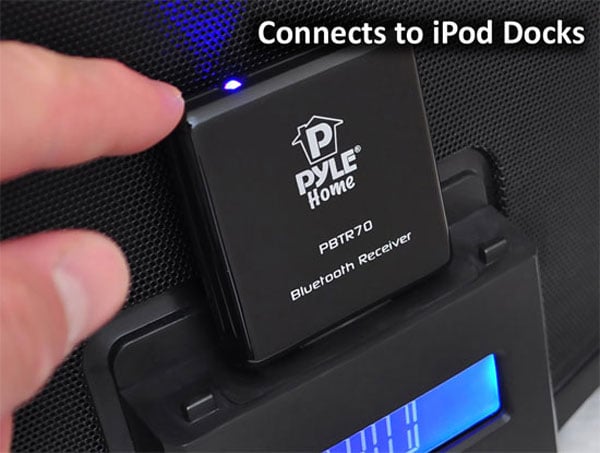