The Trouble with Tribbles is They Taste too Damned Yummy

When your starship is overrun with a plague of furry fur-balls, you can work up a hunger fighting them off. But instead of poisoning them, why not get out your forks and start eating them? That’ll show ’em who’s boss.

Our friends over at Kitchen Overlord came up with this recipe for edible roasted Tribbles, which are basically furry meatballs. 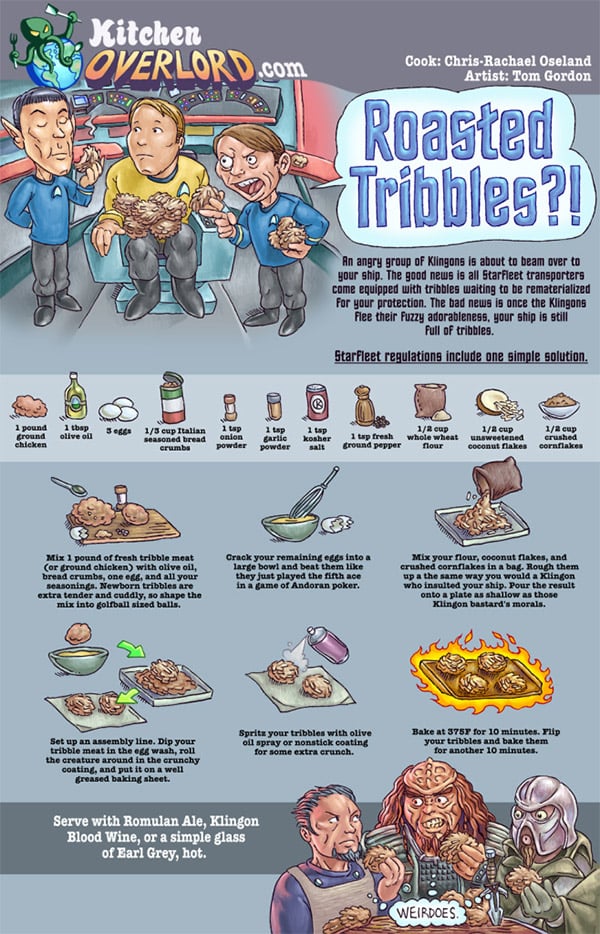 Ok, so they’re not really furry – that’s toasted coconut on the outside. And chances are, you’re not going to be able to find any Tribble meat around here, so you’ll need to go with chicken. Though I’ve been told that Tribble tastes like chicken anyhow.

Speaking of Tribbles, I wonder if J.J. Abrams will ever make Star Trek: The Trouble with Tribbles.