Too lazy to wash your shirt after every wear? Then Wool & Prince’s button downs should be perfect for you!

Its makers boast that the shirt can be worn for a hundred days straight without washing it in between. The secret of the shirt lies in the material. It’s made from a unique cotton-soft wool fabric that took Wool & Prince six months to develop, and it looks like their efforts have paid off. 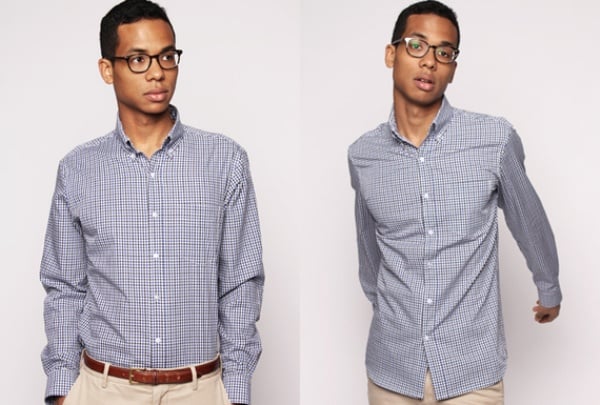 In fact, for care instructions, Wool & Prince says to “let the wool do the work” and only dry clean or gently wash the shirt “when absolutely necessary.”

The 100-day figure was the result of an experiment that the company had 15 wear testers do. Each of them wore the shirt for a hundred days while going about their usual business, from dancing at clubs to backpacking in the Andes. Wool & Prince described them as being “impressed” with the no-odor properties.

Apparently, they’re not the only ones impressed with the shirt. Wool & Prince’s campaign on Kickstarter has raised over $312,000 so far and they’re already sold out of their first batch of no-smell wool shirts.

But no worries – if you’re interested, you can still get on the waitlist. Or you could just use the washing machine.