I’m probably dating myself, but I still have a massive collection of old vinyl records gathering dust in bins in my closet. I actually no longer have a turntable, so other than the few records I purchased as CDs or in digital formats, I haven’t listened to them in a dog’s age. So when Crosley was nice enough to let me take their Spinnerette Turntable for a spin, I was happy to oblige. 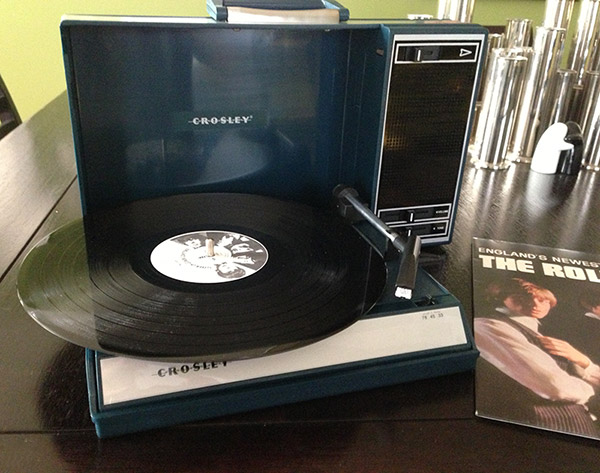 I love the retro design of the Spinnerette, which has a carrying handle and a flip-down turntable surface for playing your old 33s, 45s and 78s. To the right of the turntable is a monophonic speaker, along with volume and tone controls, while underneath the turntable are connectors for USB, headphones, and even auxiliary audio in. Since it’s built from plastic, you’re not going to want to throw it around, but records themselves are delicate things too. 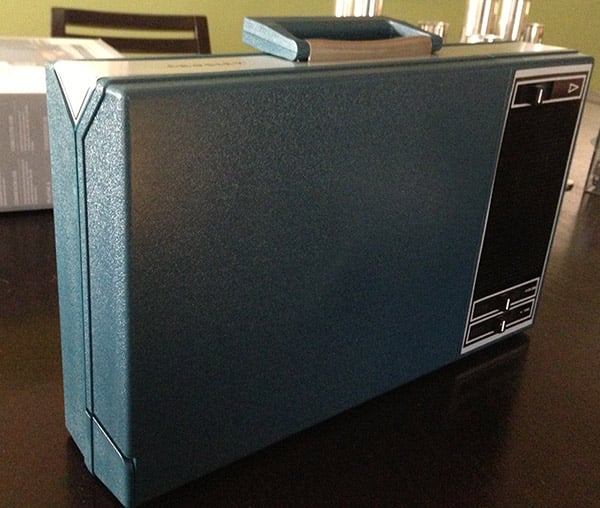 The Spinnerette isn’t just any old turntable. It can both play records and convert them to digital files. Just connect the turntable to your PC or Mac via the included USB cable, install the software, and you can copy records to digital audio files – assuming you have the patience to listen to your entire record collection as you rip them into your computer. 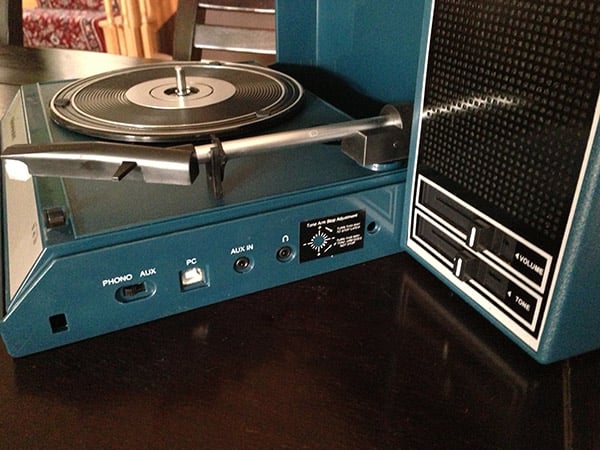 The bundled software is actually the open-source Audacity, which is available for both PC and Mac and can record audio via the turntable’s USB connector. I first tested the software on my Mac (running OSX 10.8.3). You’ll definitely want to read the software installation guide provided on the installation DVD, as there are a number of steps to setting up Audacity to record the best quality sound from the turntable. I spent a good 30 minutes trying to get audio that wasn’t distorted and clipped, and I also had to hunt around for something called LAME in order to get MP3s to output from Audacity. Having no success getting undistorted audio on the Mac, I switched to my Windows 7 PC and had much better luck there. It took only a couple of minutes to get up and running on my PC without the clipped audio I experienced on the Mac. 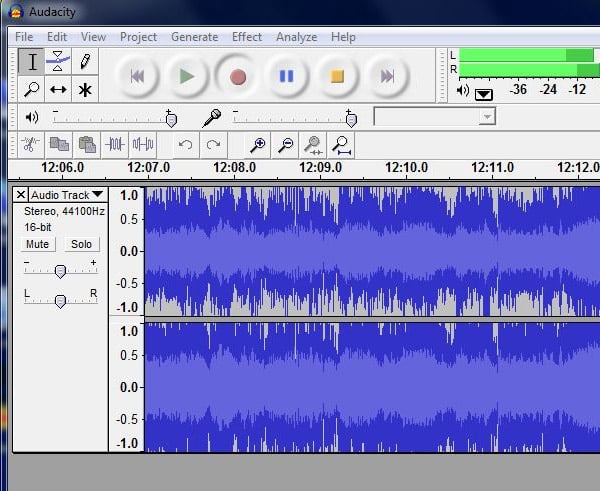 Once you get the Audacity software set up, you hit the record button, put the needle on the turntable, and let the record play all the way through. When finished with one side of your record, you can use Audacity’s “Silence Finder” to automatically detect the beginning and end of tracks. This process is a bit fiddly, and doesn’t work on 100% of recordings, but on most records with definitive breaks between tracks it does the trick. That said, you can manually tag tracks as well. Once the tracks are divvied up, you can bulk-save them as individual MP3, WAV or OGG files.

Overall audio quality of digitized recordings is indistinguishable from the original records – at least to my untrained ear. Here’s an example recording I grabbed from an old Rolling Stones’ recording of Not Fade Away:

Not too shabby, I say. Audacity also provides the ability to normalize volume levels, and clean up pops and scratches if you so choose – though I kind of like the charm of the old scratchy LPs. Speaking of which, part of the fun of the Spinnerette is the fact that it’s a complete, portable turntable, amplifier and speaker, so you can listen to your old records they way they were meant to be heard – on a small, monophonic speaker. I’m not a turntable snob, but there’s definitely something very special about listening to vinyl records this way, versus digital files. I’m not saying it’s something I’d do every day, but it’s a welcome treat. Of course, I’ll have digital versions of my records once I’m done ripping them anyhow.

Overall, I’ve had fun with the Spinnerette. At its core, it does what Crosley says it will – play vinyl records and convert them to digital files. I have to say that while I’ve enjoyed dusting off my old records and listening to them on the Spinnerette, the process of ripping records to digital files is time-consuming and requires a bit of trial and error. And for Mac users, it appears to be flat-out broken. It would be much better if Crosley would develop their own simplified software just for performing the task instead of trying to use Audacity, since the target audience for turntables is probably a bit older and less tech savvy anyhow. Bottom line – if you’ve got numerous records to rip, it could take quite some time and effort to get them converted. On the plus side, you’ll only have to do it one time, and then your vinyl memories will be forever preserved in digital form.

You can get the Spinnerette turntable over at Crosley Radio for $149.95(USD), in either blue or red.

Disclosure: Crosley Radio provided the turntable for review in this article. However, all reviews are the unbiased views of our editorial staff.