In case you missed it, back on April 25th, there was a partial lunar eclipse. While it wasn’t visible everywhere, it definitely was seen by photographer Tamas Ladanyi, who captured this cool multiple exposure image of the 27-minute-long event as it appeared over Tihany, Hungary. 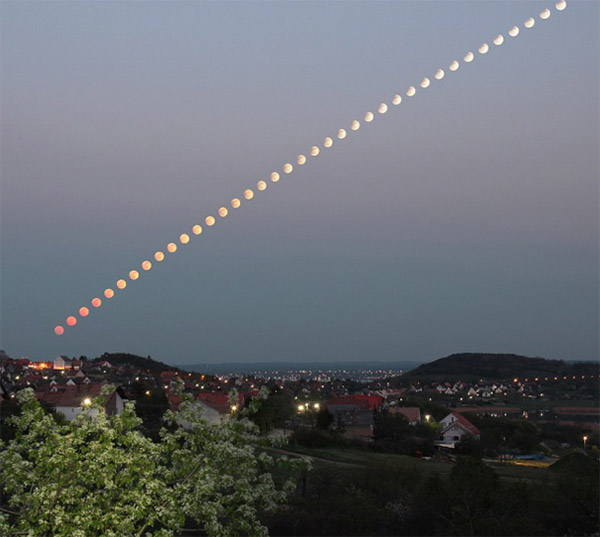 I’ve cropped the image so you can see the most important part, but you can check out the full image over on Tamas’ website, or grab a wallpaper version from NASA. In the mean time, if you happen to live in the South Pacific, there’s another partial lunar eclipse which should be visible from May 9th through 10th.

[via NASA via Gizmodo]