PaRappa the Rapper is one of the quirkiest games ever made. So it’s only appropriate for it to have an unusual merchandise. eBay seller xdeath_5 is auctioning off what he claims is a rare PaRappa the Rapper official Space Age Printing toaster. 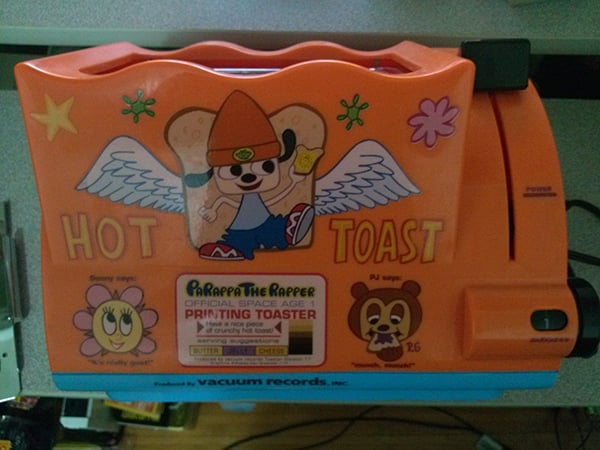 I don’t exactly get how it works, but it has these metal “printing slides”… 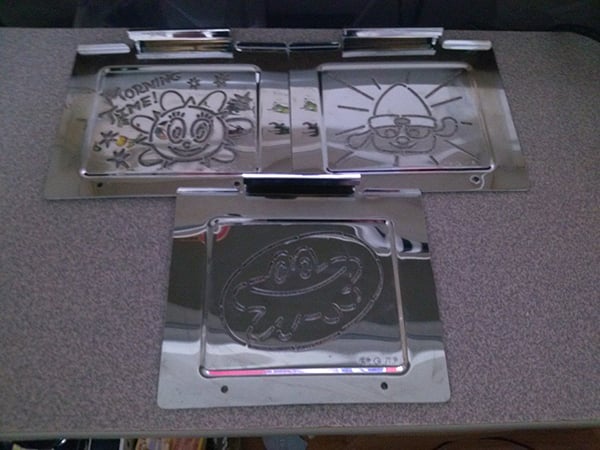 … that seem to be stored in a slot in the back of the toaster. I assume that the metal bits can be slid into the toaster to create images on your bread. 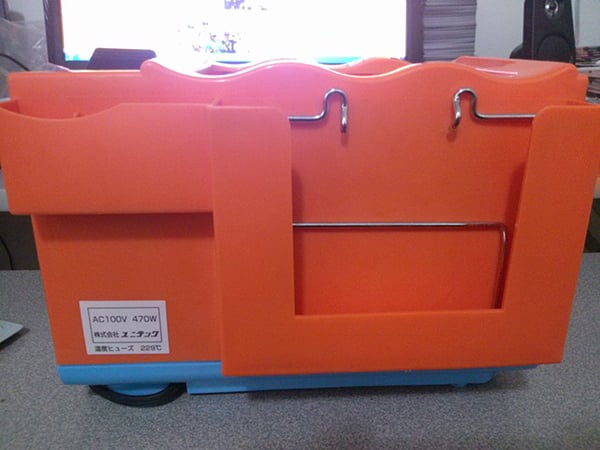 xdeath_5 claims that the toaster still works, just that it’s missing one printing slide and “the pictures don’t appear well on wheat bread.” I guess you just gotta believe that it works. Bid at least $100.99 (USD) on eBay to get a chance to take this rad little toaster home. The auction ends in about 2 days as of this writing, so chop chop!