Man, the people who got their hands on the Oculus Rift are really desperate for something to play on their new toy. We already saw someone make a Virtual Boy emulator for the Rift, and now here’s an experience for head-mounted display about not having your head mounted on your neck anymore. 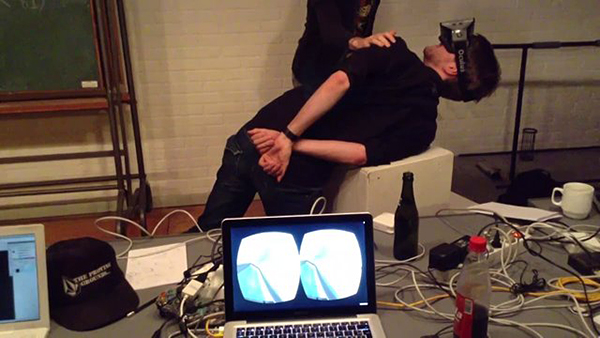 The program is called Disunion. I can’t really call it a game, because it doesn’t seem to accept any input from the “player.” It’s a guillotine simulator and all you can do is wait and look around. I think that pretty much sums up the options left to the victim in such an event.

Disunion was made by Erkki Trummal, André Berlemont and Morten Brunbjerg during the Exile Game Jam. You can download a Windows build of Disunion on Unicorn7. I wonder if it lets you look at your body after you’ve been decapitated. At that point you’ll have a first- and third-person perspective at the same time.