A team of researchers in Switzerland have been working on a new robot that’s able to climb vertical surfaces of all sorts using unique sticky feet. The robot can climb all sorts of surfaces including walls, rock, aluminum, and others. The developers behind the robot believe it could be used to help with mountain rescues, construction crews, or painting walls and ceilings. 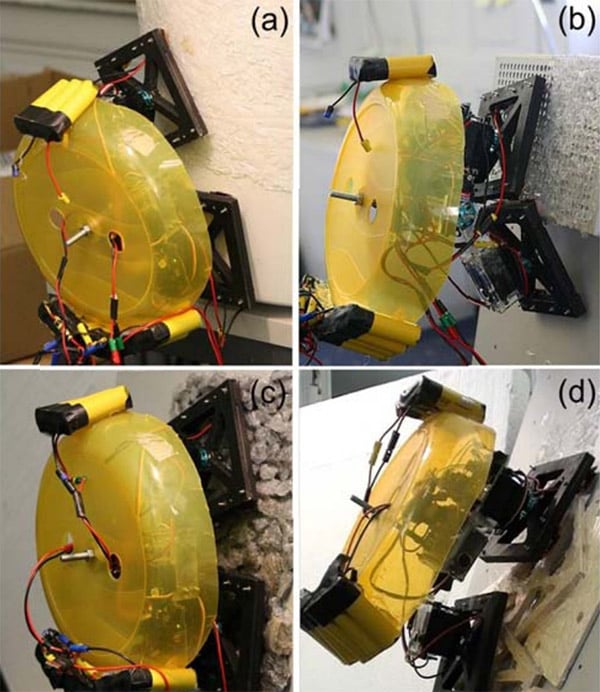 The wall climbing ‘bot was developed by Liyu Wang, Lina Graber and Fumiya Iida at the Swiss Federal Institute of Technology in Zürich. 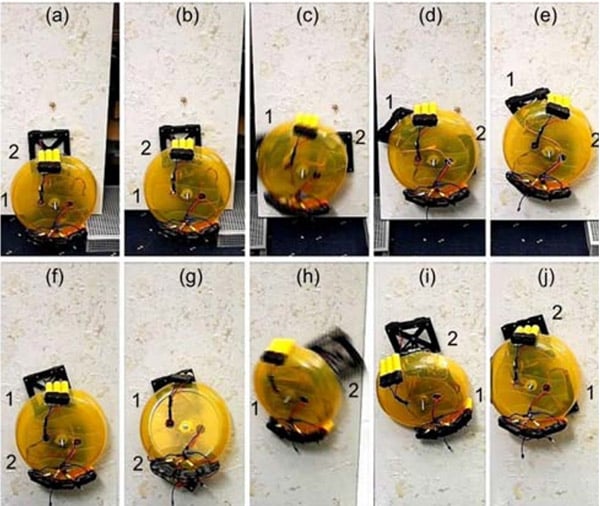 The robot is able to cling to vertical surfaces using special plastic footpads that heat rapidly causing them to melt. When the plastic melts, the compound slimes into the nooks and crannies on the surface it’s climbing allowing it to stick. The robot then uses thermoelectric effect to cool the plastic allowing the foot to release so a step can be taken. The adhesives in the plastic feet melt at about 70°C.

While sticky feet made of melting plastic may not sound particularly strong, the researchers claim that the robot can carry five times its own mass up a vertical wall.