Here’s a coffee table that would go well with the steampunk NES. It was made by Charles Lushear of Bohemian Workbench using found items. I wouldn’t disagree if you think it’s more junkyard than steampunk, but either way it’s an impressive piece. 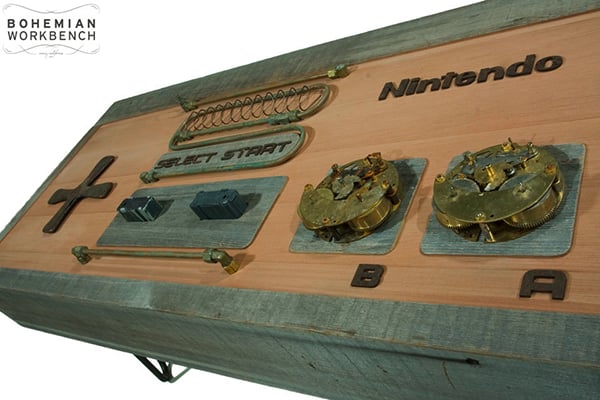 The cedar wood tabletop used to be part of a fence, the A and B buttons are antique clock movements and the Start and Select buttons are vintage rifle magazines. But the most intriguing part is the directional pad.

Apparently that piece of metal is a Katanga cross or a handa, a copper cross that was used as a form of currency in the Democratic Republic of Congo from the 19th to the 20th century. Katanga Katanga cross, y’all. 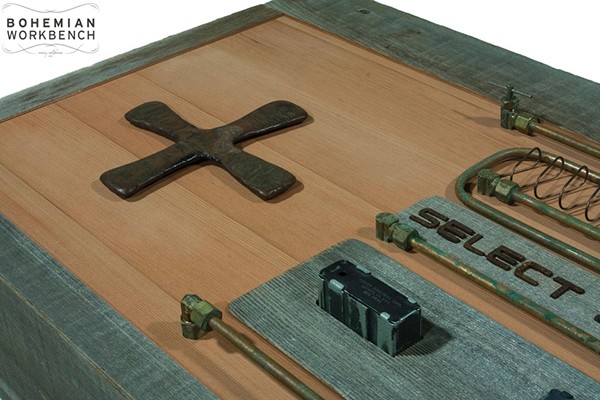 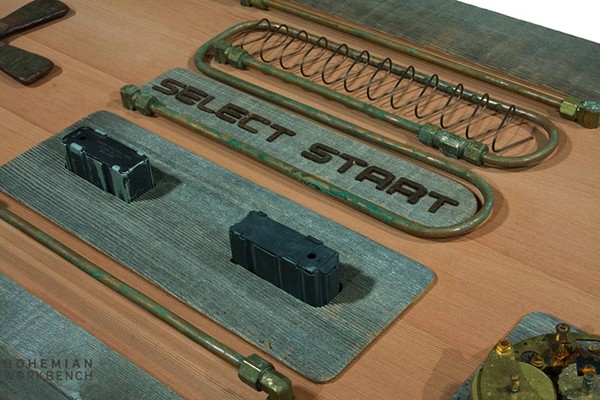 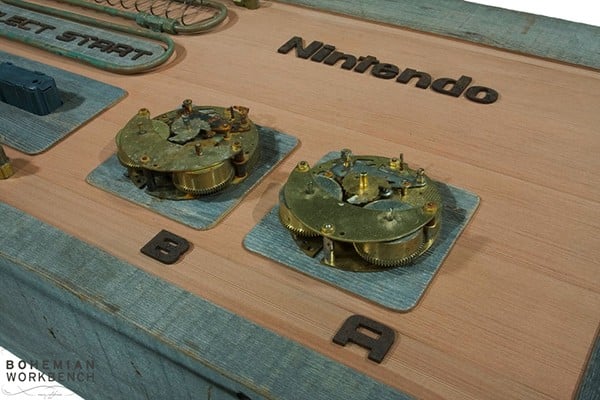 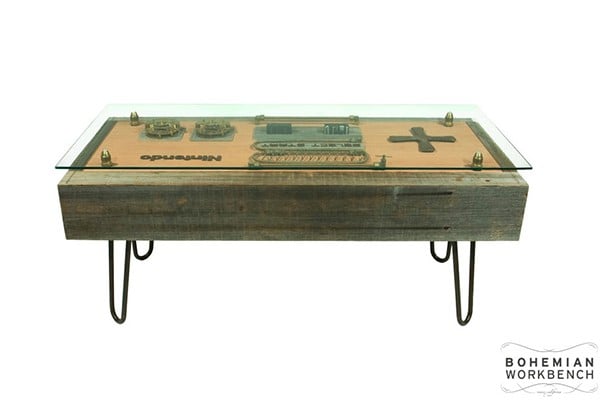 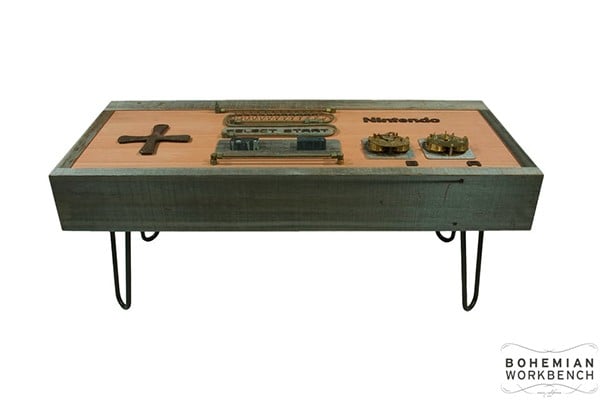