Cats have always had their place in history. The Ancient Egyptians regaled them as sacred deities and they were much-loved pets during the Chinese Song Dynasty. The close relationship that cats have with man continues up until today, where felines feel free to express their emotions (hello Grumpy Cat) and are spoiled rotten (have you seen this or this?)

Then along came the Sushi Cats. 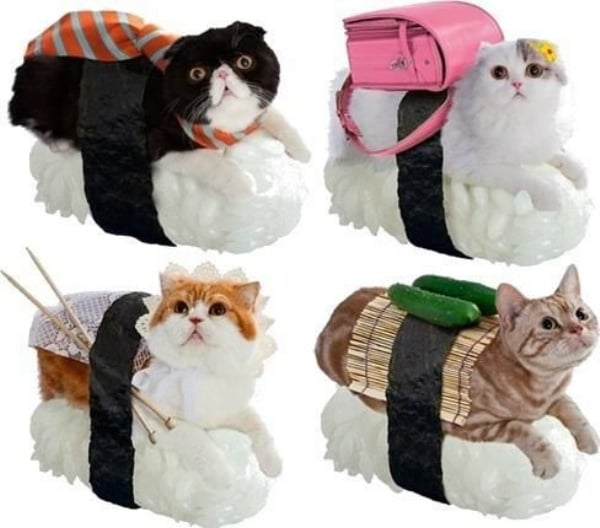 Contrary to what the title will have you believe, Sushi Cats is not some new exotic dish on the menu. Rather, it’s a quirky photo series featuring adorable and cuddly cats that are dressed to the nines as sushi – and not just the edible kind, since some of them are topped with accessories and random objects like a handbag, knitting needles, a tie, and even cold hard cash. 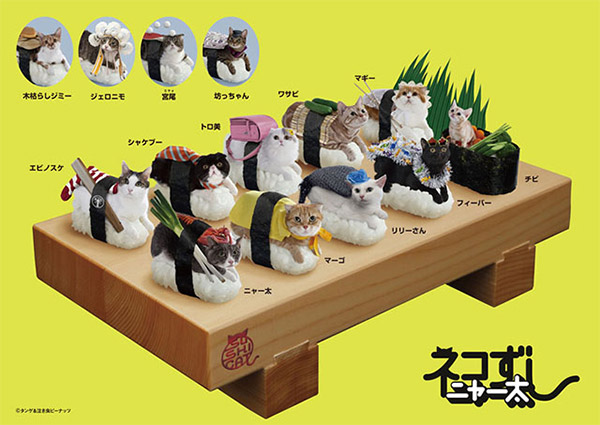 Sushi Cats was created by Japan’s Tange & Nakimushi Peanuts and they’re available as photo prints, post cards, and fans in the company’s online store, although they only ship within Japan. 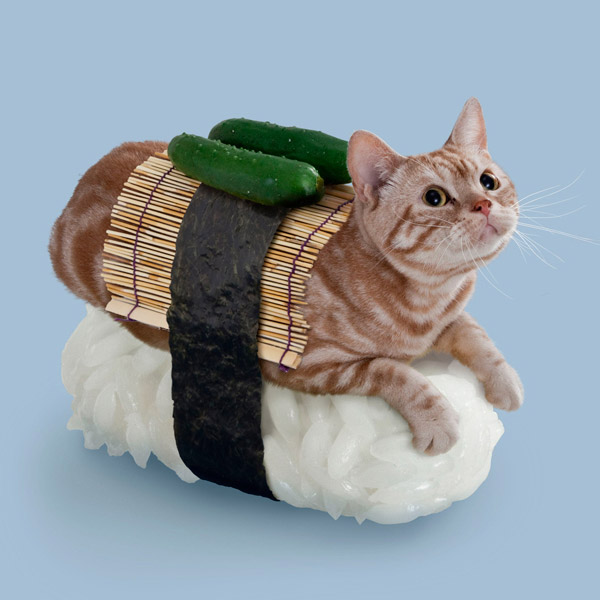 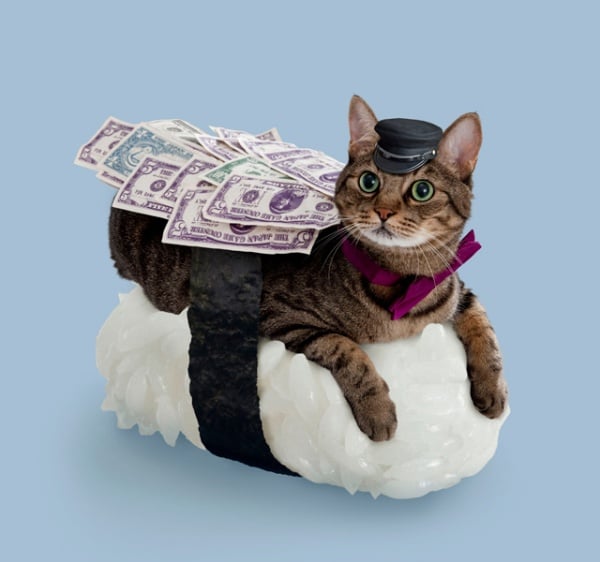 If you live outside of Japan, fret not. Tange & Nakimushi Peanuts love the cats so much that they launched an mobile game app featuring none other than the felines themselves. You can download the Sushi Cats app for iOS here and for Android here.