If you have been dreaming about flying around in your own Star Trek style shuttlecraft, that day is almost upon us. Terrafugia has unveiled a concept for a flying car that lot like a shuttlecraft that has the Enterprise’s warp nacelles. However, those nacelles have propellers. 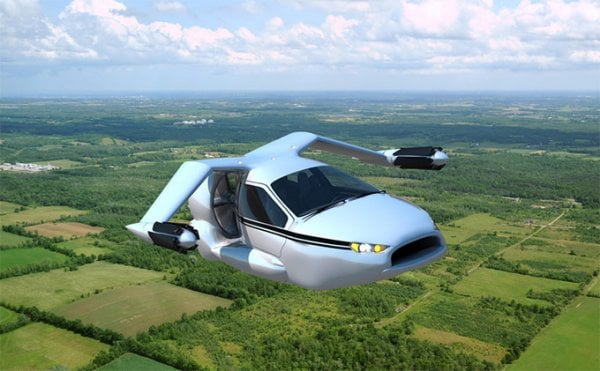 This flying car is called the TF-X and is a hybrid gas-electric flying car. Twin 600 horsepower electric propeller pods and a 300 horsepower engine handle the transition from vertical takeoff to a maximum cruising speed of 200 miles per hour. It has a 500 mile range.

It is capable of both driving and landing itself. Terrafugia says that “you always have the final say if its safe to land.” Well, that’s encouraging.

The TF-X is fully capable of handling the entire landing process without you. But if it is about to kill you, it’s nice to know that you get the final say. It’s definitely an interesting design and we would love to see it in the skies.