Many people associate BitTorrent with piracy, and with good reason. But the revolutionary protocol can also be used for legal purposes. For instance, it’s a cheap way to host and distribute large files. Now the company behind the protocol and the first ever torrent client is also pushing for BitTorrent to become a way for artists to hawk their products. It’s called BitTorrent Bundle, and it is weird. 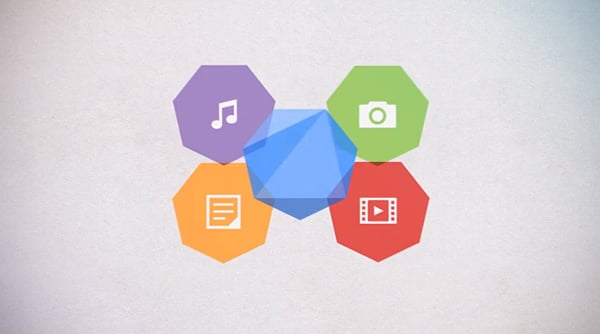 The idea behind BitTorrent Bundle is for artists to release free content – say, songs, movie clips or chapters from a book – that we can download using a BitTorrent client. When you go to the download page, it will show you additional content that you have the option to “unlock” – either by paying or entering an email address. Sounds neat right? Here’s a promo video for BitTorrent Bundle:

You can check out the download page for Kaskade’s freebies right now. At first glance, it seems like a good idea – give people legitimate freebies and hope that they’ll like it enough to buy the rest of your work. However, I don’t think the protocol is uniquely equipped to fill this otherwise honest marketing tactic.

What I mean is, it doesn’t incentivize the act of either leeching or seeding – the two activities central to BitTorrent. Neither does it leverage the number of seeders and leechers as a way for torrent users to see which content is popular. If you go to a torrent site, you can infer what pirates like to download because they are the files with the most number of seeders or leechers, or both. But BitTorrent Bundle seems to have no such ranking or ladder for people to view. 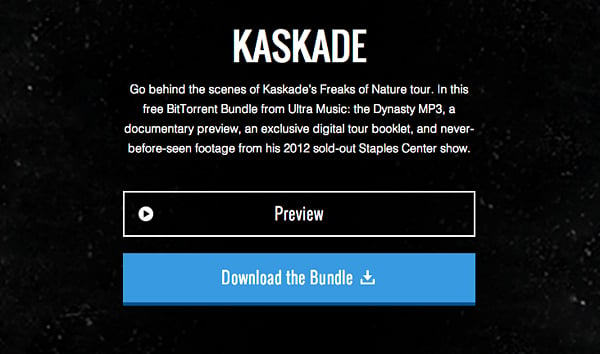 I think that from an artist’s perspective, having a potential customer learn how to use a BitTorrent client is not worth it. It would be a different ball game if BitTorrent Bundle awarded points to devout seeders, which they can then use to unlock premium content from the store. What can BitTorrent Bundle do for musicians and consumers that existing services like Bandcamp can’t accomplish? If I’m a budding filmmaker and I’m giving away a video for free, why don’t I just post it on YouTube or Vimeo so people can watch it instantly – or whenever they want! – instead of making them fiddle with a torrent client? 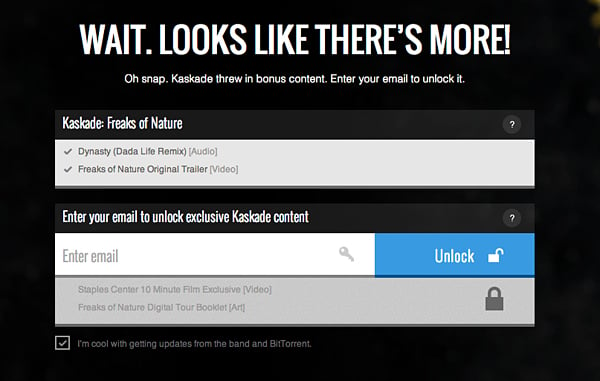 I keep thinking I’m missing something here, but right now I just don’t see the killer application of BitTorrent Bundle. I guess at the very least it’s an attempt at erasing the stigma behind the protocol. You can also read a bit more about BitTorrent Bundle on TorrentFreak.