Music boxes are one of the oldest forms of storing and playing back music. Just don’t expect anything fancy. Now the simple music box concept has been taken to the next level. We’re talking huge. If this Steamroller music box ever gets loose, it will flatten you to the tune of The Star Spangled Banner. 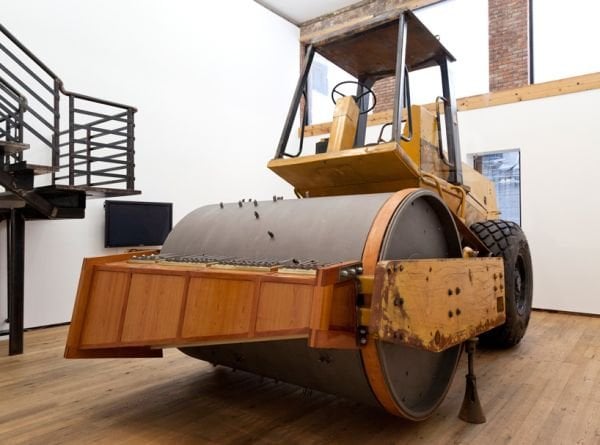 Dave Cole completed this sculpture last year, He took an 11-ton steamroller, stripped it apart and turned it into a functional music box. It proudly plays the national anthem of the United States – like a monster delicately playing an instrument.

I don’t know whether to smile or run. Maybe both are appropriate. Just keep away from it’s musical wheel of doom and you’ll be safe.

[via designboom via Neatorama]