While Facebook is generally home to humans (and the occasional pet), Artist Jaime Calderón envisions a Facebook in which superheroes mingle with ordinary mortals. 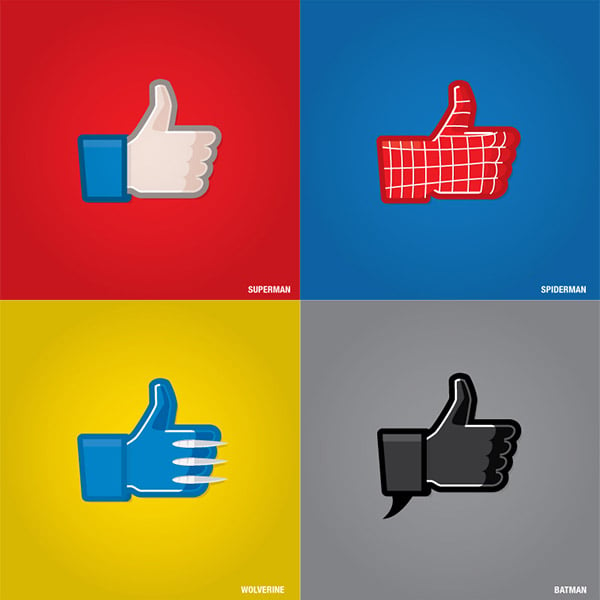 He created this series of clever designs which replace the regular Facebook “Like” icon with superhero versions. 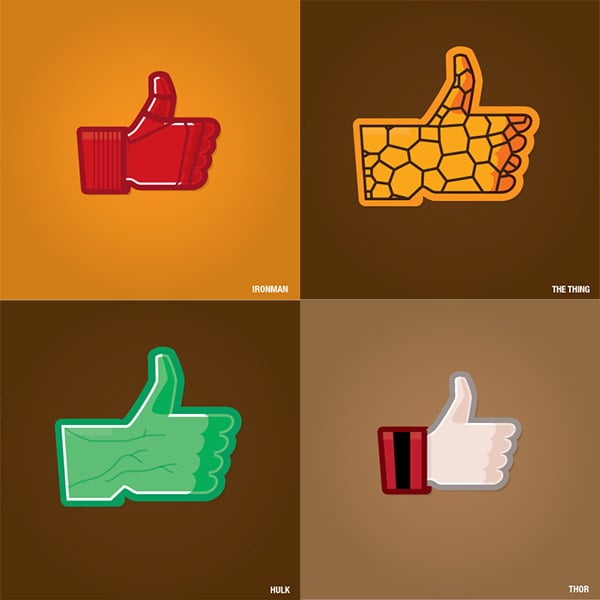 The series includes members of the Justice League and The Avengers. My personal favorite is Thing – because he’s really cooler than The Hulk, but never gets the same respect. Heck, the dude is made out of stone. How is that not cool? 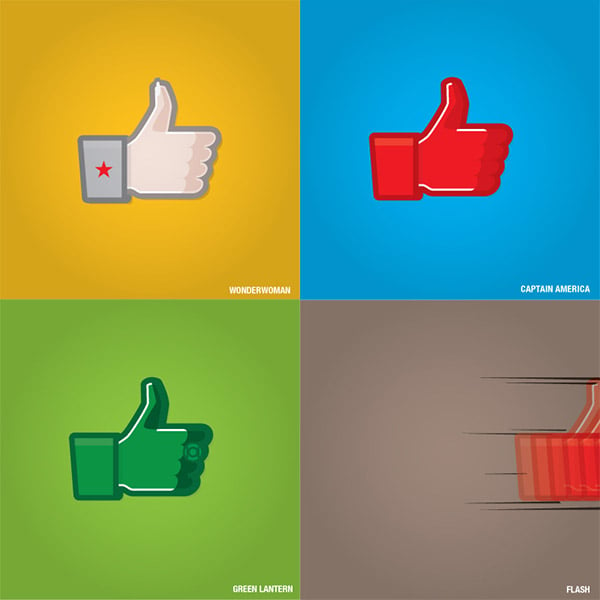