Beer-dropping Octocopter is the Robot We Are Looking for

Does it fly? Check? Does it have beer as a payload? Check. Does this robot deploy that beer via parachute to a thirsty human below? Check. I think I have just found man’s best robot friend. 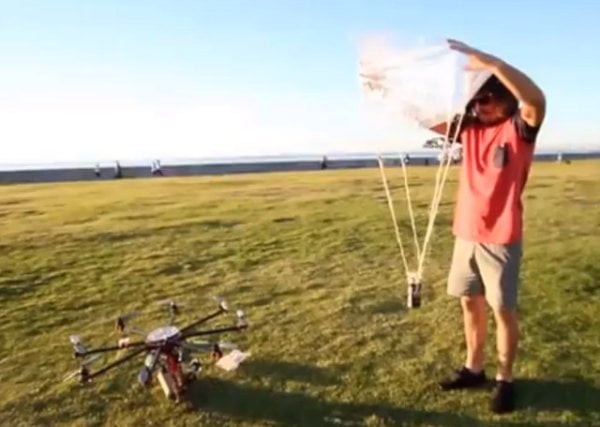 You just order a beer via your iPhone app then the robot drops a parachuted beer to your location.

Sadly, folks on my continent won’t see it dropping beer overhead any time soon. This SteadiDrone octocopter has been specially modified to deliver beers to attendees at the upcoming Oppikoppi music festival in South Africa.

Hopefully they have worked out all the kinks. I’d hate to see a parachute fail to deploy and hit some poor guy on the head. Someone will probably hack this thing and fly some free beer to their place. That would be awesome.

[via Gizmag and DVICE via Geekologie]