Build Your Own (Mini) Millennium Falcon

We would all love to have our own Millenium Falcon, but the truth is, we just don’t have the parking space for it. Or the billions of dollars it would take to create one. However, you can build your own metallic Millennium Falcon from scratch. A tiny version, at least. 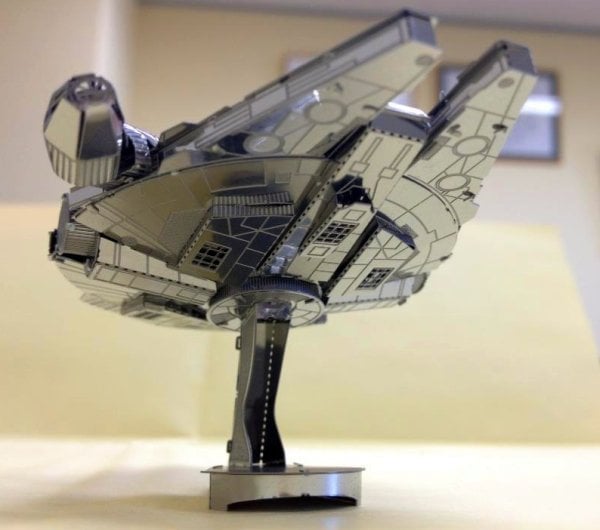 This Star Wars Metallic Nano Puzzle is made from ultra-fine laser cut metal which can be assembled step by step into a palm-sized metal model. You just remove the parts from the metal sheet and bend and fold them like papercraft art. 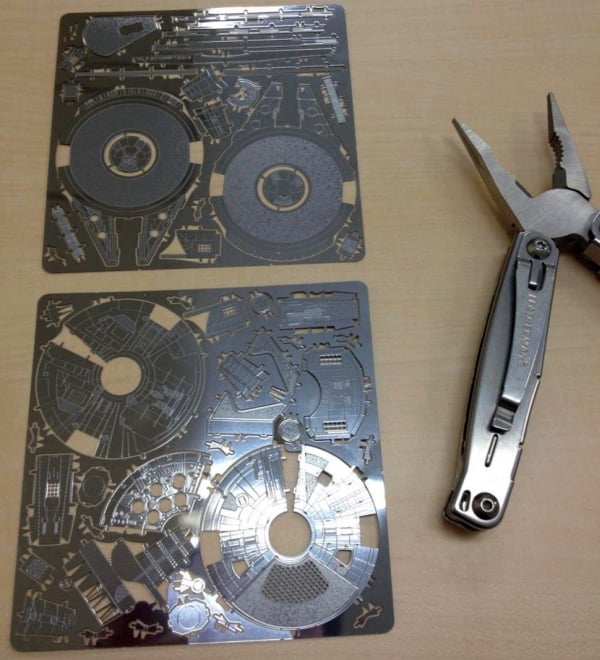 To assemble the model, you just need is a pair of scissors, tweezers, needle-nose pliers, and plenty of patience. The Millennium Falcon measures 72mm. It is only $16 (USD) over at Strapya World.