It may not be the best arcade cabinet ever, but Redditor mystery_smelly_feet’s arcade cabinet is no slouch either; especially since he made it with his own two hands. Unless of course he has six hands, in which case this sort of thing is to be expected. But I doubt it. If you’re more concerned about the logic behind a NES arcade machine, don’t worry, there’s actually a PC inside. 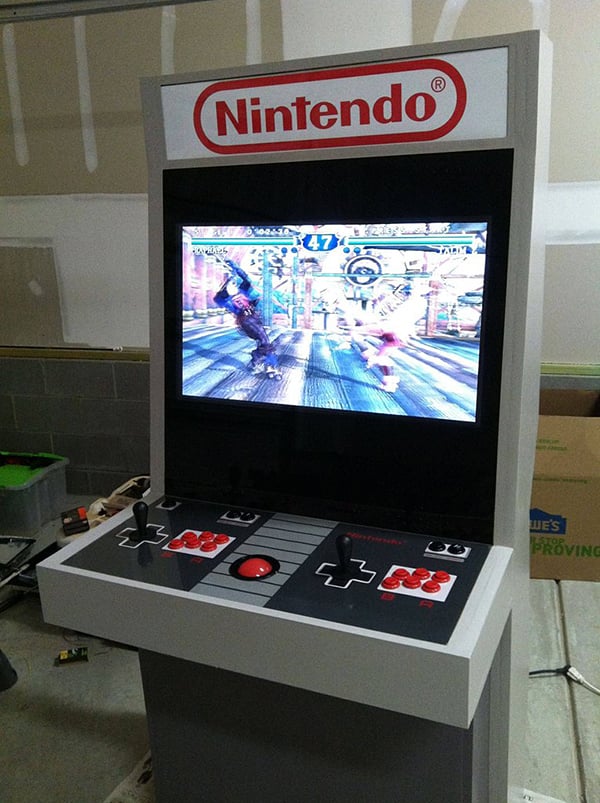 Mystery_smelly_feet’s gaming PC has a 3.2 GHz Intel Core i5 CPU, 16 GB RAM, a 2GB GeForce GTX 660 GPU and a 2 TB hard drive. He wired the sticks and buttons to an Ipac 2, which he says mimics keyboard input. The monitor is a 32″ Viewsonic DE3201LED. He didn’t say what brand the speakers were, but a Redditor pointed out that they might be one of Logitech’s surround speakers.

Mystery_smelly_feet used MDF to build the cabinet, with the help of the instructions made by Arcade Controls forum member stevenpbhs as his guide. He also said the he ordered the joysticks and most of the buttons from Suzo-Happ. He got the player 1 and player 2 buttons from Paradise Arcade. Finally he based the sweet NES controller graphic on this design by deviantART member BLUEamnesiac. 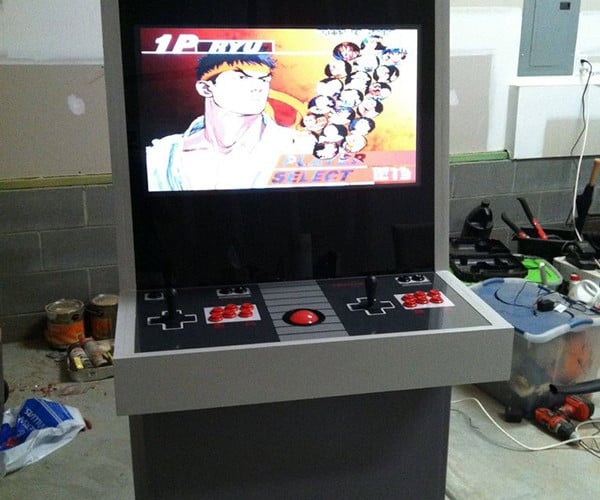 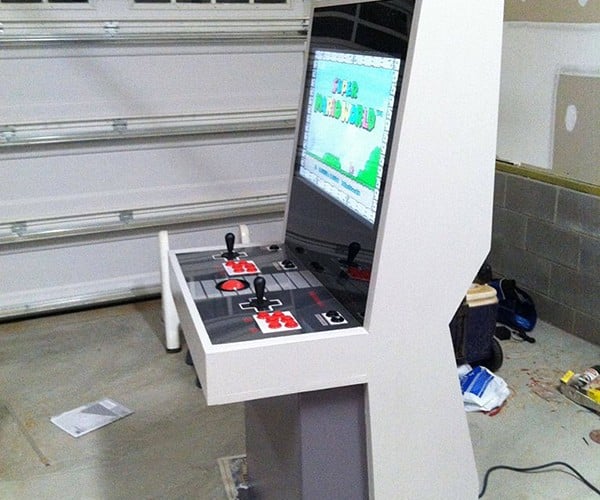 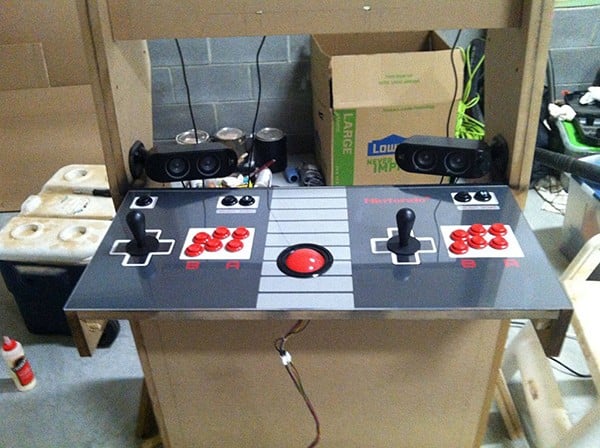 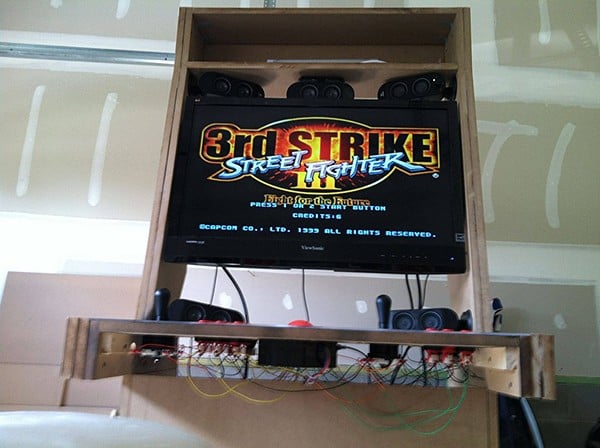 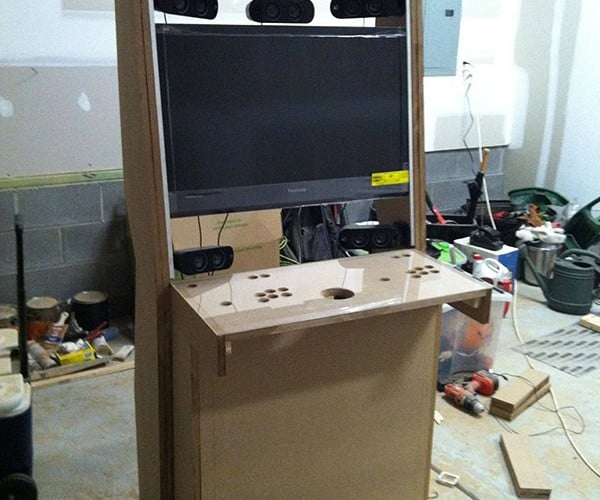 As you may have guessed by now, mystery_smelly_feet uses emulators to run games from different consoles on his PC. All in all it took him a total of 2 months and close to $2,000 (USD) to finish his one of a kind gaming setup. Good job man! Now go do something about those smelly feet.