The NVIDIA Project Shield gaming system was one of the more interesting devices to surface at CES 2013. At the time, there wasn’t word on pricing or a release date. Today, NVIDIA started taking pre-orders for the hybrid handheld/TV gaming system, and revealed both a release date and a retail price. 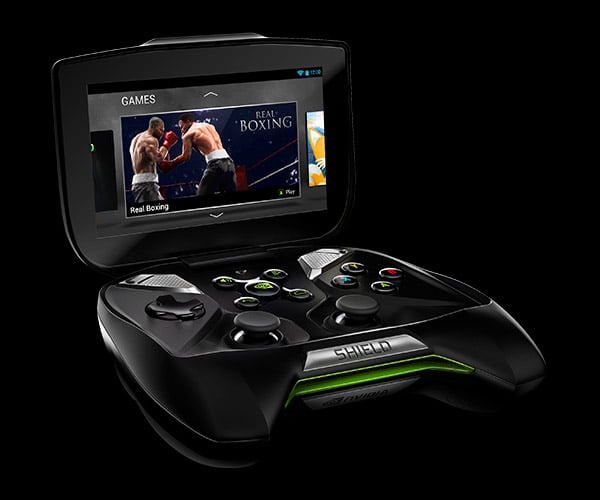 Now officially known as just the NVIDIA Shield, the system is selling for $349(USD), and will ship in the US and Canada “by July 2013.” The system will include the handheld itself, a silver lid, AC adapter, USB cable, and two full games: Expendable: Rearmed and Sonic 4 Episode II THD. Additional accessories are also available for pre-order, including a carrying case for $39.99, and carbon fiber and black lids for $19.99 each.

For those of you who don’t recall exactly what the Shield can do, it’s a powerful Android-based gaming system that can play games on its own 720p touchscreen, or on your TV’s display. It can also stream games from your PC – though that feature will be in Beta at launch. 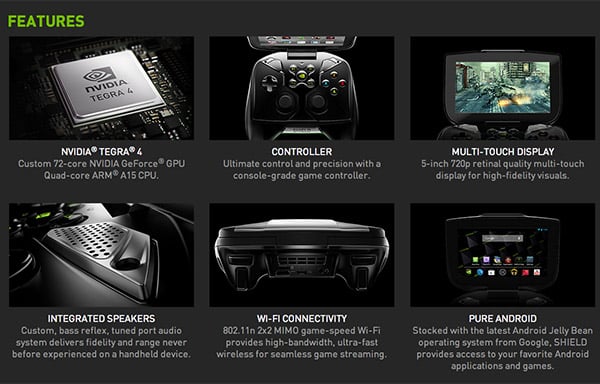 NVIDIA is limiting pre-orders for the Shield to four systems per person (presumably to cut down on grey-market reselling), and you can pre-order yours now over at the NVIDIA Store.