When you retire, you have to keep busy. Otherwise life could get pretty boring. Mark Haygood retired as a Baltimore police officer after two decades and now he keeps himself busy building robots – robots made from old appliances. 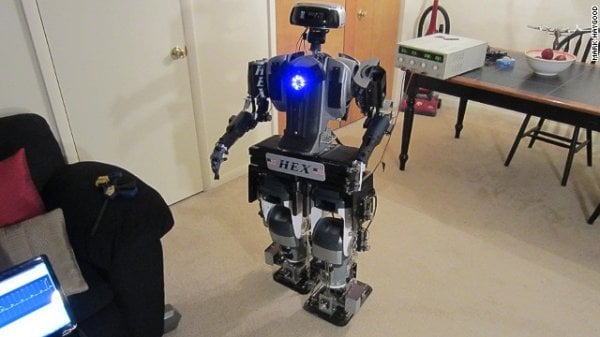 His first creation is HEX, a four-foot tall self-standing robot that took four years to build. HEX has fully-functional hands, arms, and legs. And even though it isn’t completely stable, it can walk. Mark is constantly working on perfecting HEX. 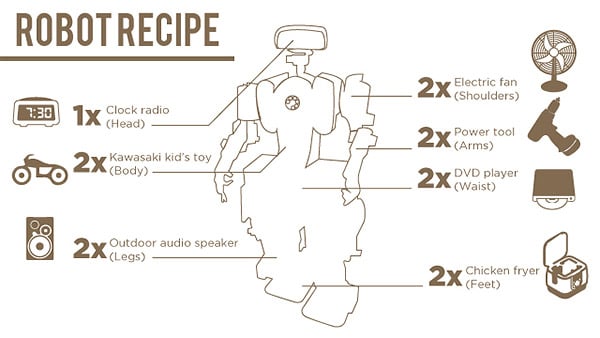 HEX looks pretty well designed considering that he was made from a bunch of old appliances and toys. That definitely says something about Mark’s skill. We will have to wait and see what else Mark comes up with, but he is off to a great start with HEX. 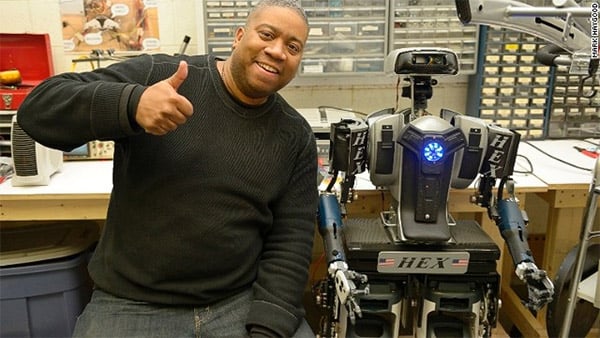 [via Damn Geeky via Gizmodo via Botropolis]