I think you can do pretty much anything with LEGO bricks, but it still amazes me that we are seeing unique creations every day. This LEGO Swiss Army Knife comes from LEGO builder Robiwan_Kenobi. You might recognize that it’s made from LEGO Technic and Bionicle parts, which give it some nice authentic detail. And it is really functional. 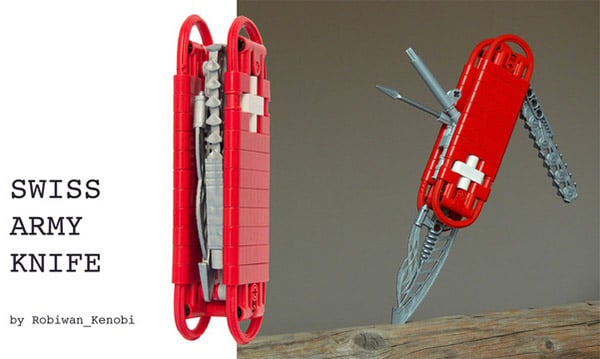 Kenobi first built a LEGO Swiss Army Knife back in 2010 and ever since, he has been improving on its design. Now, this knife is the end result. The folding mechanism works exactly like the real knife and all four tools within are functional – just not sharp.

In hopes of LEGO turning this into an actual kit you can buy, he put his creation on the LEGO Cuusoo crowdsourcing website, so if you want to show your support, check it out.