Valve’s Steam platform has earned the loyalty and respect of many desktop gamers because of its progressive online marketplace and social network. The frequent deals and discounts help too. Recently Valve launched a new meta-game designed to keep its members locked in to Steam. It’s called Steam Trading Cards. 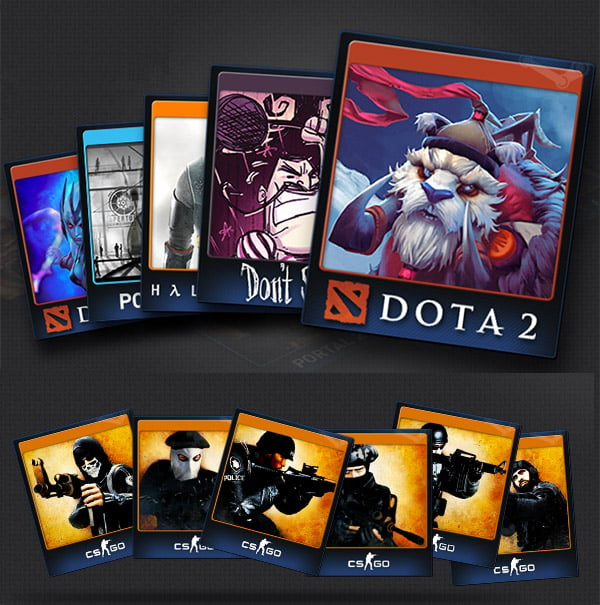 The idea is to collect a complete set of certain cards. To complete a set, you have to spend time playing the supported games and trade cards with other Steam members. Note that you can’t complete a set just by playing or trading alone; you have to do both to be the very best.

When you complete a set, you can use them to craft a badge. These badges are unlike the normal Steam badges. They come with random goodies such as emoticons, profile backgrounds and even DLC or game coupons. If you collect the same set multiple times, the badge of that set levels up. The badge’s image and title changes with each upgrade.

Crafting or leveling up badges also levels up your Steam profile. When you level up, you earn non-tradable items such as extra slots on your friend list. Here’s a demo of the crafting courtesy of YouTuber PlaysVidyaJames:

Steam Trading Cards is still in beta, so as of now it’s only tied with 6 games – DOTA 2, Half-Life 2, Portal 2, Team Fortress 2, Counter-Strike: Global Offensive and Don’t Starve. I guess the Beta status also explains the errors and hiccups in the video. Are you ready to play a game about your gaming habits? Then sign up for the Steam Trading Cards Beta on Steam. Read the FAQ as well while you’re at it.