I would be hesitant to put a plane engine inside of a car, let alone mounting one on a motorcycle. That’s just crazy. I just let others do the work and enjoy their success from afar. Like German DIYer Frank Ohle, who actually outfitted his motorcycle with a 150hp Rotec Radical R3600 nine cylinder aircraft engine. 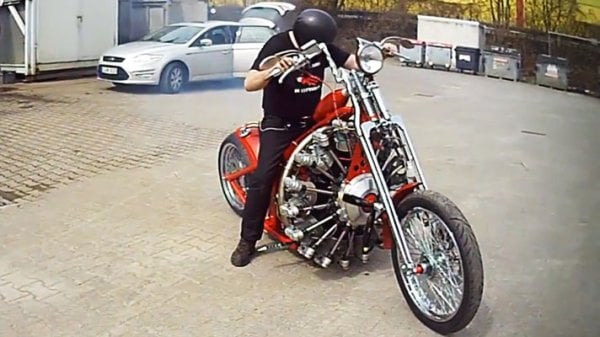 Frank calls his bike the Red Baron and it took him around 18 months to build this insane chopper. It took a custom built chassis to do it, but the end result looks damn good. I love the little propeller behind the front wheel – nice touch. He upgraded the suspension and overhauled all of the electronics too.

The video says it all. Awesome bike. Plane. Bikeplane.