Want to look like a tough guy on your bike? Maybe like Skeletor? Or better yet, Ghost Rider? Looking dead always makes you look tougher. Because if you are dead, but still riding a bike, well, that’s pretty badass. 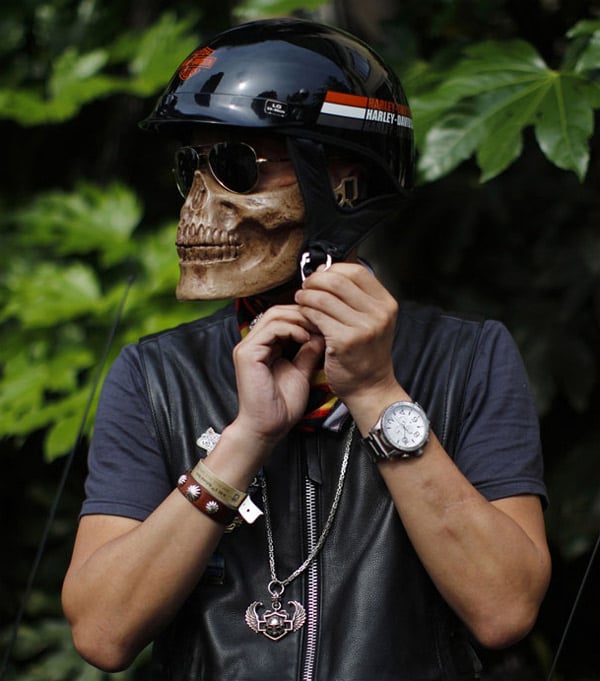 This undead/dead biker wearing a skull helmet was spotted at the 5th annual Harley Davidson National Rally in Qian Dao Lake, China. The only thing stopping him from becoming Ghost Rider is a pact with the devil and some lit gasoline.

When you are dead you don’t really care how many flies go into your mouth. You probably don’t care about going 200 mph either or leaving a bunch of crashed vehicles in your wake. Yeah, it’s pretty badass being a dead biker from hell.

[via Nerdcore via Obvious Winner]