This flying robot seems pretty creepy. Not only can it fly around, it can attach itself to walls like some sort of flying lizard. It won’t be long until these things have tentacles and attach themselves to our faces, while we thrash around suffocating. Thanks, researchers, thanks. 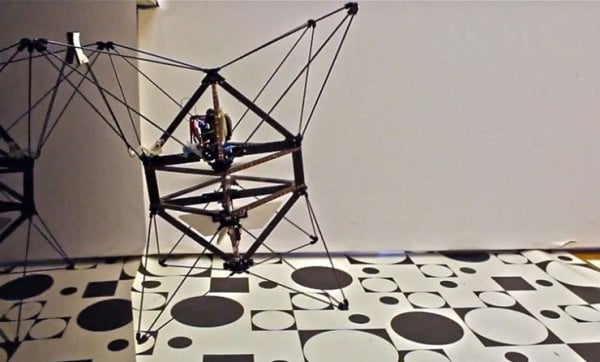 Airburr was developed at the Laboratory of Intelligent Systems, a branch of the European École Polytechnique Fédérale de Lausanne in Switzerland. It is designed specifically to traverse cluttered environments, like those in the aftermath of a disaster.

The big news here is that AirBurr now has the ability to fly into a room and attach itself to a wall and act as a remote monitoring outpost. While perched, the AirBurr also shuts its engines down, preserving battery power. It uses an instant adhesive pad to attach to smooth surfaces. The video doesn’t show it detaching from the wall, so I’m guessing they haven’t worked that part out yet, though we’ve already seen technology which can do that.

via [Adafruit via DVICE]