One of the things you learn in the world of geekdom is that any time you slap some horizontally-chasing red LEDs into something, it’s instantly transformed into Cylon technology. But I always thought if you did it to the front of a vehicle, it’s a reference to Knight Rider’s K.I.T.T. Well, either way, this hack is pretty cool. 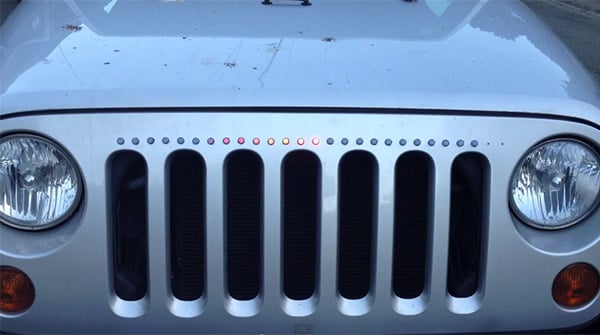 DIYer Chris Knight (no not Peter Brady) got his hands on a 25 “pixel” LED light strip and decided he needed a place to install it. What better place but the front grill of his silver Jeep Wrangler? 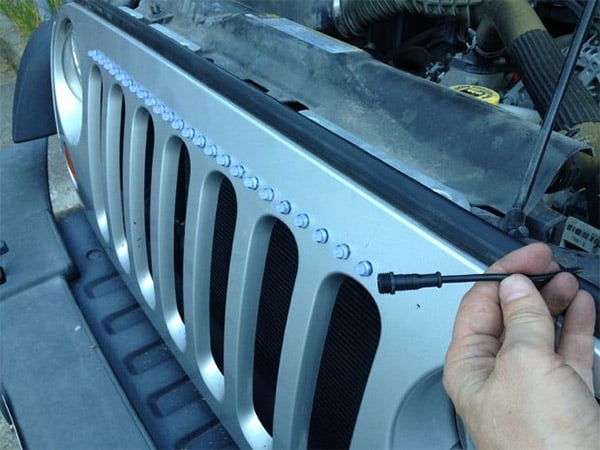 They’re controlled by Cool Neon’s new Total Control Lighting Developer’s Shield Box which is a fancy name for an all-in-one programmable Seeduino box. It took a whole bunch of drilling to get the lights installed in the grill, but it looks pretty slick now that it’s complete. Check it out in action in the video clip below:

As a bonus, the LEDs he used can actually change colors, so here’s his Jeep putting on a little light show:

Whether you think it looks like a Cylon or K.I.T.T., you owe it to yourself to check out the full build details over on Instructables. Now about that hood, Chris… 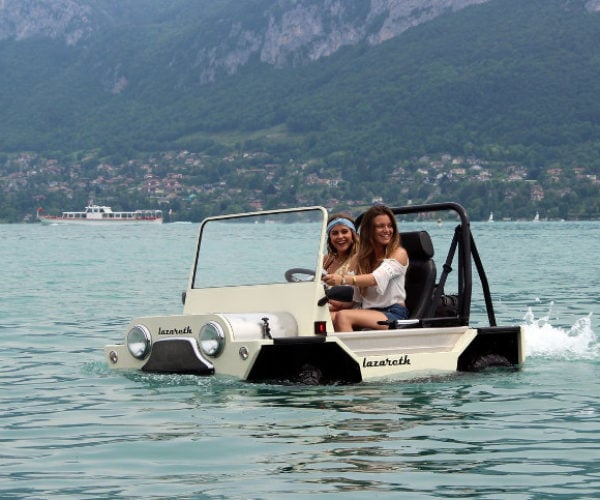