Yes, you read that right. A maniacal Frenchman piloted a home-made rocket-powered bicycle to what he claims was a speed of 163 mph. On a bicycle. Holy crap! 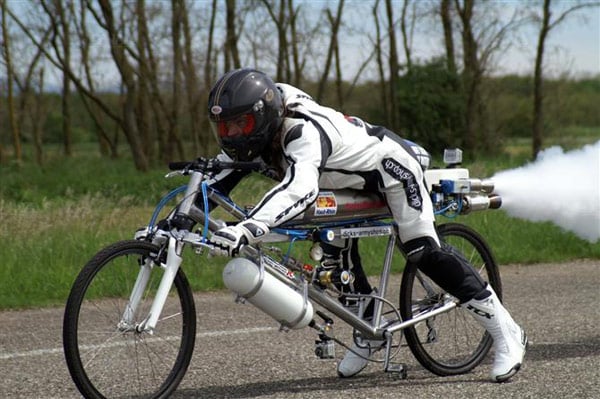 François Gissy developed the rocket bicycle with the help of the Swiss company Exotic Thermo Engineering, which created the hydrogen peroxide powered propulsion unit. A GPS placed on the bike was used to measure the speed. The video is quite short, as François holds on to the rocket bicycle as it rushes past a car.

He made the run on a disused air force runway this past Sunday and the speed record is as yet unverified. Other sources state that the bicycle went much slower, but we’ll soon find out if this really was the fastest bicycle on Earth. 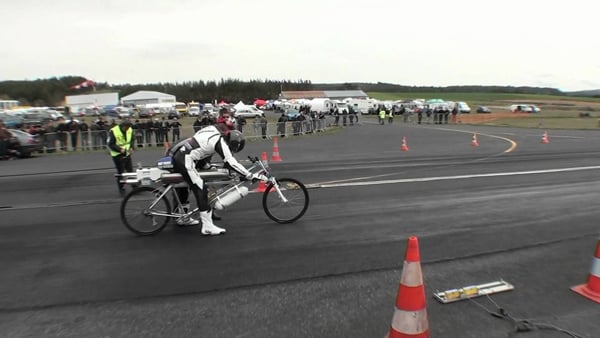