Engagement Ring with LEDs: You Light Up My Life. And Finger.

We’ve seen a ring box that lights up, but this one’s even better. Engineer/jeweler/lover Ben Kokes made an engagement ring with LEDs for his now fiancé Julie. As if making an engagement ring wasn’t awesome enough, Kokes also made it so the LEDs would light when he’s near his fiancé. 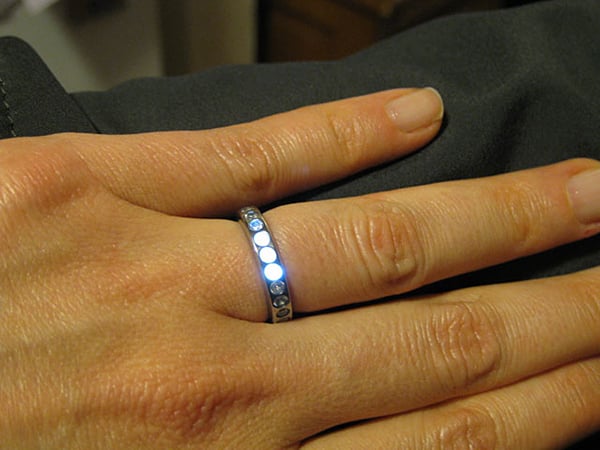 Because he couldn’t fit a battery on the ring, Kokes designed the LEDs to be powered using an inductive charger. He attached a coil of wire on the ring using kapton tape. The wires were in turn attached to a capacitor and the three LEDs on the ring. Then he built an arm-mounted inductive transmitter. 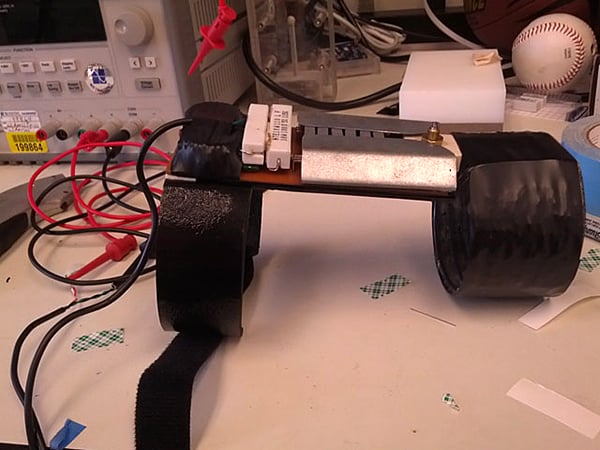 Here’s a demo of the tender and loving charging:

Men, this is what’s known as raising the bar. Head to Kokes’ website for a thorough explanation of his build. Also Ben, we hate your guts. Signed, the rest of the men on Earth.

[via Hack A Day via Neatorama]