Here’s a board game that teaches you language and chemistry at the same time. It’s called Elemensus. It plays a lot like Scrabble, except you use symbols of the elements instead of just letters to form words. Plus the game board looks much cooler, because it has an image of the Orion constellation on it. 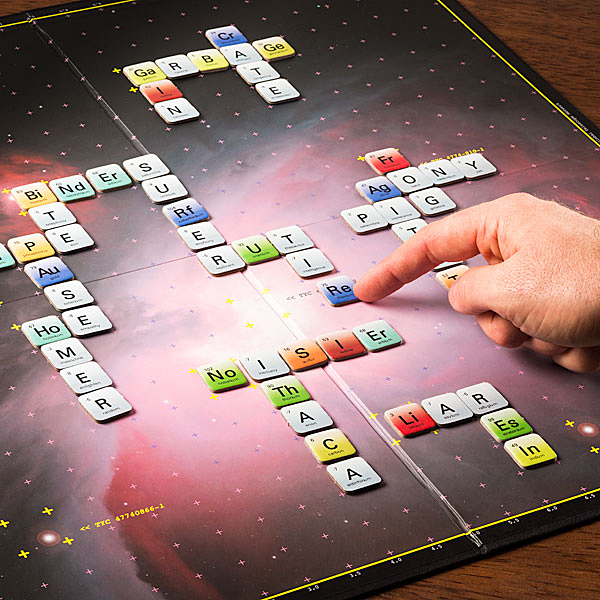 I know what you’re thinking: the element symbols can’t spell every word. To get around that, the tiles in Elemensus are reversible. One side has an element’s symbol, name and atomic number. The other side has what the game calls Dark Matter. These are letters that are not covered by the periodic table, like A, E, M etc. 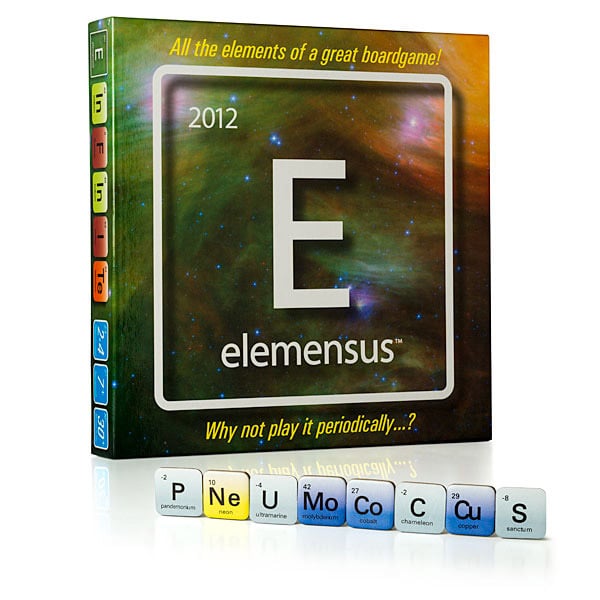 You’re free to flip a tile and use Dark Matter letters any time, but there’s a penalty. Scores are computed using the total of the atomic numbers in the word you form, but Dark Matter tiles have negative atomic numbers, which means their values get deducted from your score whenever you use them.

You can buy Elemensus from ThinkGeek for $40 (USD). Folks in the UK can get it from Art Meets Matter for £24.95. No cheating!