PediPower Converts Your Footsteps into Electricity

One thing everybody does is walk. You could drive a car or ride the bus to work or to school, but you’d still have to walk to do various stuff throughout your day. Now a group of students called the ‘Agitation Squad’ from Rice University are taking that very basic action and coming up with ways to use that kinetic energy, starting with the PediPower. 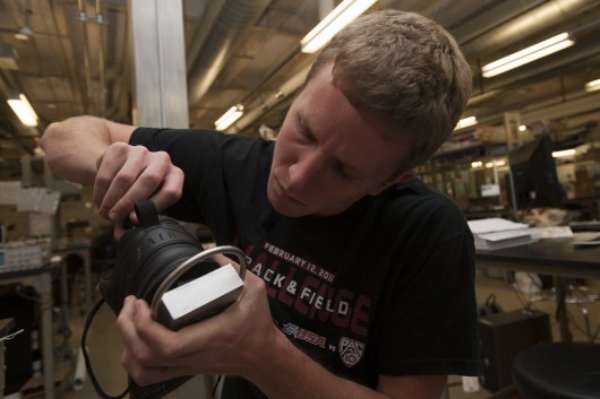 The PediPower is a prototype device that’s meant to be attached to the heel of your shoes. Energy is generated every time the heel hits the ground (or with every step that you take), and the PediPower harvests this as you go along. The device has an arm attached to the heel of the shoe which hits the ground first and moves up as the person puts his or her weight on the foot. The arm, in turn, is attached to a gearbox, where gears turn with every step to drive a motor that has been mounted on the side of the shoe. 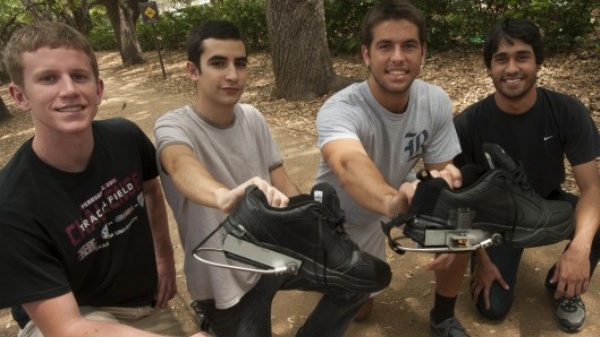 This movement generates electricity, which is transported via a voltage regulator and through wires to a belt-mounted battery pack.

The initiative was a response to a challenge from Houston-based company Cameron International, which called for the creation of a device that could harvest energy from human activity.

The Agitation Squad gives an overview of the PediPower in the clip above. Check it out to see how putting your foot down will one day generate energy to maybe even power up your gadgets!