I don’t know about you, but I hate swimming in the sea. Why should I risk getting eaten by a shark or strangled by an Octopus when I can be safe on land? Now there is another reason to fear the sea. Robot octopi. 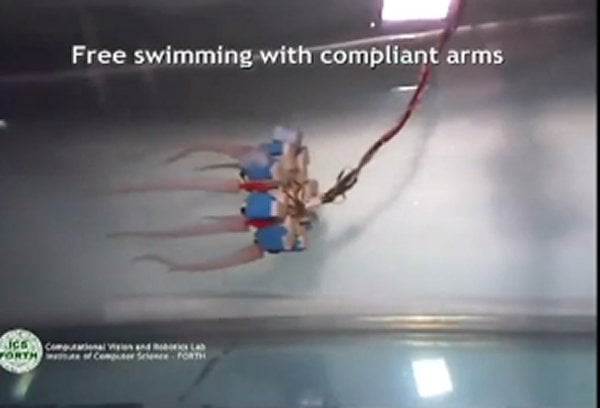 Scientists are studying the cephalopods because they are great swimmers, with a strange swimming technique known as sculling, which uses all eight of their legs. Researchers are working to replicate this movement in robots. A European team working to build a robotic octopus is trying to recreate the movement from the ground up.

They tried a number of motions using rigid legs to determine the success or failure of different strokes. Probably the weirdest part of the demo video is at the end, when it has soft legs. It looks eerily like a real octopus. Hopefully they don’t have the strength to strangle us.